What can casual friendship teach us? Instead of answering an anonymous question this month, I want to discuss a friendship article from The Today Show’s parenting site that’s appeared consistently on my social media feeds since February. Rachel Macy Stafford, author of Hands Free Mama and Only Love wrote, “Am I Invisible? One Mom’s Pain-Relieving Response to Being Excluded“. 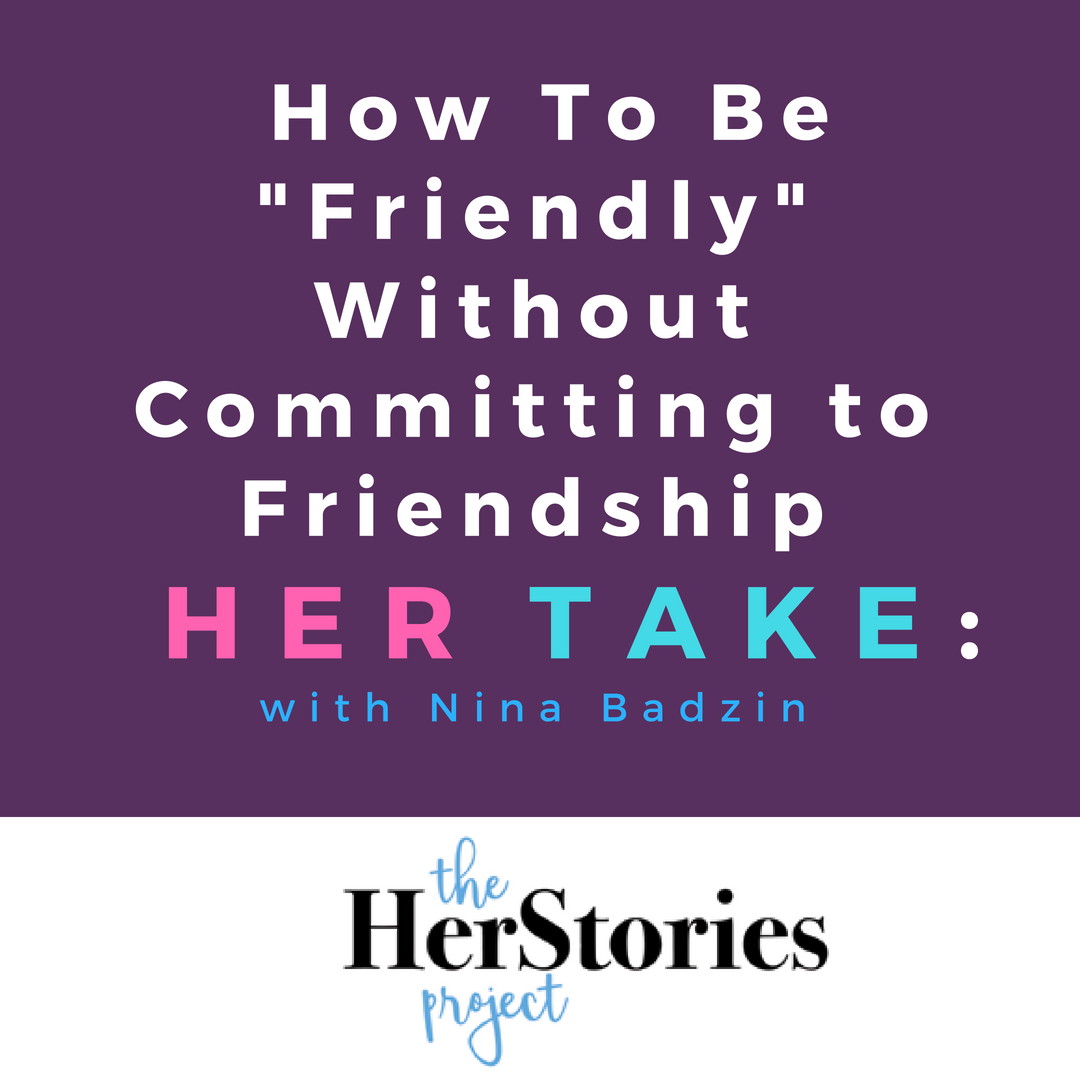 There’s a good reason it pops up every few days from various friends and pages I follow. Who hasn’t been left out as a kid and as an adult? Who hasn’t struggled with their kids getting excluded and excluding others? Who wouldn’t want some pain relief?

Stafford’s piece begins with a familiar situation. She brings her daughter to a new extracurricular activity, one where the other families have been going already, and her attempts to inspire more than a passing glance and grunt from the other moms is a failure. But after several weeks of the same treatment, instead of feeling bitter and ashamed, Stafford feels grateful to these women for reminding her how she wants to operate in the world and what she wants to teach her daughter about treating new people. Among those lessons is this nugget:

“Remember the deepest desire of the human heart is to belong … to be welcomed … to know you are seen and worthy of kindness.”

Stafford recalls moments when she’s seen the power of one welcoming person. No, we don’t need every person to include us and our kids, but it makes a tremendous impact when at least one smiling face acknowledges our worthiness. Sure, in an ideal world we wouldn’t need that external validation. But find me a kid or an adult who doesn’t shine brighter when seen by a few others, even by one other person.

It’s normal to feel defeated and ashamed after being excluded, but it might help, if, like Stafford, we think beyond who should be more welcoming to us and instead ask ourselves if there’s one person or one kid who could use our help. As Stafford recounts those memories when one person made all the difference and times she and her daughter have helped others, she is again grateful to the women at her daughter’s class who didn’t want to let them in the circle.

“I nearly forget what I have the power to do until one Tuesday afternoon when I take my daughter to an activity, and I am reminded. I approach two women hoping for kindness, but I am met with rudeness.”

Stafford’s essay continues and I recommend reading every word. I relate to her description of the women at the activity who for weeks in a row turned their backs, making it clear they had no interest in her presence, nor would they encourage their daughters to warm up to Stafford’s daughter. It wasn’t personal, per se. These women didn’t know Stafford or her daughter enough not to like them. It was the total disinterest that stung—the not-so-subtle hint that for these women the nuisance of bringing in someone new trumped however uncomfortable it might have felt to know there was a fellow mom off to the side alone week after week.

I had a similar experience when I moved to Minneapolis after college and again a few years later when I had my first child. My oldest is fourteen this week, but I still see the shoulders closing me out; I remember the body language that screamed, We don’t need new friends.

Now, listen, I do have friendship lines in the sand and support them for others. While I’m often complimented for being a local connector — and it’s a compliment I accept proudly — I would never argue that everyone has to be close friends, or even more than a casual friendship. If you take nothing else from this essay, take this:

Casual friendship: you can be friendly without committing to lifelong friendship.

Inviting someone to join you once for lunch doesn’t commit you to decorating her locker on her birthday from now until you graduate from high school. Acknowledging that someone else exists doesn’t make you best friends. You get the idea.

I’m the first to say there is often no explanation for good chemistry or the lack of it. I’ve been writing the friendship column at The HerStories Project for over three years to help people who are struggling to make new friends, keep the friends they have, or move away from the friends who are causing them more stress than joy. You will never hear me say that everyone new to town, new to your kid’s baseball team, or new to the office needs to become an integral part of your social life. Most of us don’t have the bandwidth to take in every fresh face.

But I believe in kindness. There’s a universe between allowing someone to hang out for an hour with you at the park and suddenly having to include that family in your kid’s birthday parties until the end of time. Or your group trip, happy hours, or whatever you would like to keep more intimate. I’m all for intimate. I complain when there’s more than six people at a dinner so I get that everyone can’t be invited to everything.

Is it possible to simultaneously teach our kids that we can’t be included in everything while also encouraging them to be the type of soul who includes or at least sees—really sees—others? Lord knows I’m trying. If you have tips, I’m all ears.

Friendship is complicated. I love Stafford’s piece because she rises above what we should expect from others and asks us to consider what we can do for others. If we don’t like feeling invisible, we can make a point to acknowledge someone who’s alone or struggling.

Like Stafford, I’m grateful I’ve been forced to remember (more than once) as an adult how much it stings when people treat you as if even ten minutes of small talk is a real hassle, as if you and your child would take away a crucial element of the group rather than add to the group’s breadth and depth of friendship experience. It’s made me a connector for others and given me the empathy I need to call on now and then when I, too, get overly protective of my social circle and time.

See a list of friendship questions Nina has answered over the past three years and send your own anonymous question any time.