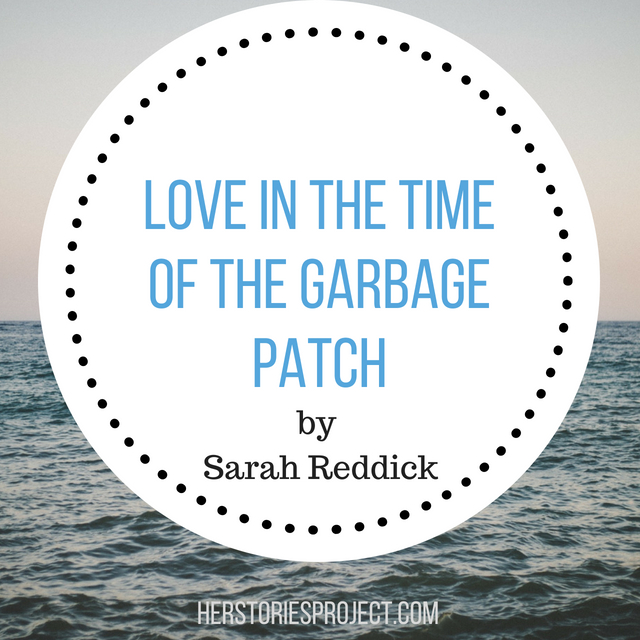 I met her on OKCupid, a dating app she immediately described to me as a “spice rack of dysfunction.” We started talking and didn’t stop for two months.

She is forty-five, lives in Nashville, originally from New York City. I am thirty-nine, I live in St. Louis, but I have been visiting Nashville frequently, so it seemed providential that we should fall into each other’s laps when we did. Our conversations were warm, intelligent, kind. We made plans to go on our first date in Nashville, and after a lovely dinner, we stood in the street, in the halo glow of a streetlight, and kissed. I initiated it. We lingered a while after, shyly smiling, and a huge Ford truck drove by and honked repeatedly when I reached to kiss her again.

I barely blinked when she told me she lives with her parents. And that she is in AA and still sees her sponsor several times a week. I did blink when she told me she is in a protracted custody battle with her ex-husband, “a bearded, cardigan-wearing man who lives in Park Slope and really loves to talk about all of his feelings.” I maybe should have deleted her phone number when she told me her mom still irons her pants before she goes to teach young adults how to be fully-functioning adults at a nearby university. But I was fascinated by all of it: the fact that she had been married to two men and came out as queer at thirty-five, her academic essay on the Great Pacific Garbage Patch, her un-ironic bulletin board in a bedroom that looked like a time warp back to high school and I would have to sneak out of the window after a hot make-out session. I was even into her routine of running on the treadmill at the Y while watching my Netflix suggestions before going home to meditate with her stone deaf step-dad.

She said things like, “You are the yin to my yang,” and “I’m so glad we aren’t rushing sex, because I feel like this could be a deep thing, a long-term thing.” She told me I was a brilliant writer. She asked me to curate a collection of queer poetry for her classes, and asked me to include a few of mine.

I visited her several times. She never offered to buy me dinner, though I was doing all of the traveling, and she admitted that in her current living situation she pays no bills. She didn’t even buy me dessert after I guest-moderated a research panel during her final week of classes. But I really enjoyed kissing her, and I did a lot of that upstairs at her parents’ house. It felt illicit in a non-seedy way. I knew I could like her more when she leaned back on the couch and smile/smirked at me before saying, “I’m really vulnerable with you. You make me feel myself more than anyone I’ve dated in a very long time.”

She told me horror stories about the artist in Montauk, a woman who invited her for weekends but didn’t stock up on anything edible and made her climb a very tall ladder to reach a rickety loft bed for sleep and sex. She told me about the friend of her mom’s she dated (what?) who would show up unannounced with Thai food and wait in the bushes for someone to let her in. She told me about The Neophyte, a younger conquest who liked to wear sexy lingerie for her. “I wasn’t really into it, but if she was, then I also felt like I didn’t really mind it.”

The last time I saw her, I had a sneaking feeling that I would turn into one of these stories sooner than later. How would she paint me? Which brush would she use, and would it be awkward for the woman she performed me for like it had been for me?

I didn’t have to wait long for the wrap up. She had offered to come visit me and we had been planning her trip for two weeks. A few days before she was to arrive, she emailed me (which was strange and felt cold because we had never emailed about anything other than professional type things) that she wasn’t coming. Her custody battle is wearing her out, she said, and I pictured her laying on the couch upstairs, with absolutely nothing to do for the summer, staring in frustration at a wrinkled spot on her goldenrod-colored khakis that her mom had carelessly missed.

I replied that I was disappointed, and she waited a few hours before responding with, “I am frightened because I think you are moving deeper and faster than I am.” This absolutely baffled me of course, so I asked her to call me, because I would prefer not to have this discussion through Gmail. Silence. I called her once the following day, and sent her a handful of emails, some irritated, some trying to make sense of her sudden about-face. I finally got three lines back, in which she passive-aggressively suggested I was being overtly aggressive and then there were no further communications from either side.

I’ve been over-thinking this, because it seems indicative of so many bigger problems, and not just mine, personally. How do we build lasting relationships when we behave like children who distractedly drop our toys mid-play and run away to something/someone else? Is technology causing a wide-scale interpersonal regression event that will never stop? I have also been thinking a lot about the Great Pacific Garbage Patch, because it really was an excellent article, and as I finished writing this last sentence, I fished my plastic yogurt spoon out of the trash can under my desk while thinking of some way to repurpose it so it doesn’t end up burdening something else: the clear, irritating adornment a 200-year-old turtle never asked for, a reminder of the damage of being wantonly wasteful. 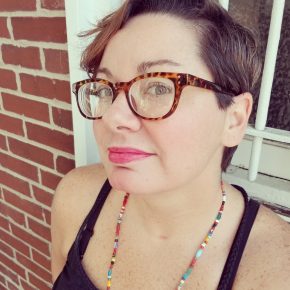 Sarah Reddick is a writer, editor, and a writing professor at the University of Missouri-St. Louis. Her work has previously appeared in The Local Voice, The Mid-Rivers Review, and Salt Journal.