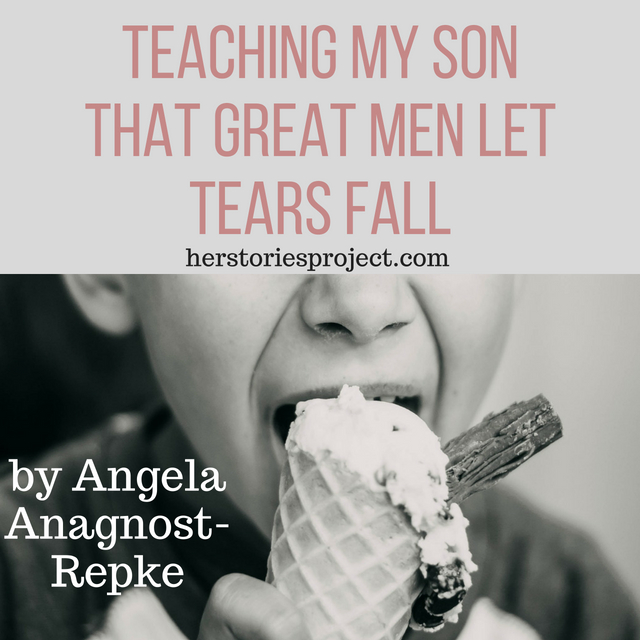 My son’s voice trembled before getting his three-year-old immunization shots. We sat in the cramped room of the pediatrician’s office—my son, my one-year-old daughter, and me. My son crumpled the paper on the patient bed while I sat in a chair with my daughter in my lap. I prepped him before the well-visit, but knowing that he needed three shots, I was realistic that there would be crying. He had endured numerous check-ups and remembered that they didn’t only include the doctor asking Mommy questions, but also the female aide who pushed the needles into his skin.

Pressing my pointer finger and thumb together, I said, “It will just feel like a quick pinch. And you’ll be tough.”

Standing, the male doctor asked all of the typical check-up questions. Near the end, he asked if I had any for him. I did have questions about my son’s speech, but forgot as I brawled with my daughter who pulled down the blinds over and over again. Apparently, she couldn’t read the photocopied sign, “DON’T TOUCH THE BLINDS,” taped to the wall.

So instead of talking about my son’s speech, I nodded to the doctor, smiled, and whispered “I’m sorry,” every time her chubby fingers dove for the blinds. “That’s okay,” he said. “You’re doing a great job with the kids.”

“Good enough,” I joked. After the doctor concluded all was well in the well-visit, it was time for the doctor to exit and the aide to enter as a waitress—balancing the small silver tray full of needles with her rubber-gloved hands.

My son tensed at the sight of the needles. I pretended to be calm—but was dreading the pain he would feel. I stood next to him, my daughter on my hip, with my palm on his back while he sat upright. I didn’t need to hold his hands down. He was ready.
“Okay, honey. Look up at your mommy,” the aid directed my son.

He didn’t listen. He steadied his eyes on the needles.

We watched three rifling rounds plunge into his still-chubby thigh. He clenched his eyes and squeezed his lids shut. After the shots were done, he inhaled a colossal breath and opened his almost-black eyes. His long lashes were dry. Both his body and mine deflated with ease.

And to celebrate my son’s toughness, I took him out for ice cream. He didn’t need to know about his mother’s own need to choke down tears, especially when life seems relentless—piercing shots into your spirit instead of your skin.

On our drive to the ice cream shop, pride fired out of my pores, ricocheting off all of the car seats. With my right hand at eleven o’clock, I smiled, a truly victorious mother.  Look at me, I thought. I am raising a tough boy—one who doesn’t cry. My son will be just as strong as his uncles, my three brothers. Maybe stronger. Those idiots used to fart into my dad’s old plastic cigar containers and throw “fart bombs” into my bedroom to make me cry. Then one day, the disgusting act stopped making me cry. God, I love them. They never treated me differently as the only girl, making me tough, too—maybe tougher.

We walked into the ice cream shop holding hands as the sugar perfumed our noses. My kids stood below the counter, their hands smudging the glass while staring at the buckets of ice cream. Oreo, chocolate, vanilla, Superman, Moose Tracks, strawberry, and more. My son was deciding which flavor to choose and whether he wanted a cone or a cup. Tugging at my shirt, he begged, “Stwa-baweeeey! Cone too, Mommy?”

The girl scooping the ice cream was probably twenty and home from college. I couldn’t hold my pride in any longer. “We’re getting ice cream because this boy just had three shots. And he didn’t even cry.”

I paid the girl and we marched outside to sit on the wooden picnic table on a mild Michigan June day. There, my son sat with his pink ice cream cone. His little sister and I shared a chocolate cup. The sun warmed our faces, but didn’t melt our ice cream too fast. My son grinned with a perfect pink ring around his lips. He was happy.

And at three years old, my son learned that to be strong means that you better not cry. Tough boys get things in life. They get ice cream.

Growing up, my Greek alpha-male brothers and I all fought to be the Spartan King—or Queen. There’s never been a clear winner, even today in our thirties and forties. Yet, we were full of love for each other—loud and boisterous. We were there for one another. But the tears, those were scarce.

When we were younger, our family of six would cram into our 1990 Astro Mini Van and drive south to Myrtle Beach. One day, when I was about eleven, I swam in the ocean alone. The waves’ hands were motioning to me, challenging me saying, “Bring it on, little one.” I accepted.

My feet planted into the wet sand and the broken shells scratched my feet. As I stepped out deeper, a couple waves smashed over my head, gushing water into my nose. The sting of what felt like Worcestershire sauce in my nostrils burned, but I got back up.

A monstrous wave came. I turned my back against it, but that wave pulled me under—hard. My right knee slammed into what felt like broken glass. When the wave was done with me, I was able to stand and breathe. I looked down and my knee was gashed—bloody with grains of sand mixed in. But, my eyes were dry.

I stood proud. And instead of running to my mother crying, I strutted to my brothers. I wanted them to see that as a girl, I could create a bullet-proof vest, too. Like my brothers, no one would ever suspect my vulnerabilities.

As an adult, I’ve watched my father endure a near life-ending sepsis attack and my mother almost become another number to cancer’s merciless hands. I’ve been with friends and family through tragedies, never crying in their presence. My car served as my personal cry room, only I allowed no one to hush me.

It wasn’t until recently, months after my son’s immunization shots, that I took off my bullet-proof vest in front of my husband. My mother’s cancer was ravaging her body. And picturing the day I’d call her and she wouldn’t pick up was finally more than I could handle alone.

My husband turned on the cartoons for the kids. We climbed into our unmade bed, and I finally let someone else’s arms support me. At first, I didn’t know how to do it—to let him see me vulnerable. It felt like trying to parallel park for the first time—seeming impossible and awkward.

I sunk into my husband, stiff at first. His arms swaddled me and his chest was my pillow. As his fingers stroked my hair, my body softened, and I cried. This was the first time in my life that at five-feet-tall, I felt small. I exhaled relief. Relief that my tense body would not break if it turns gentle. Relief that I didn’t have to endure my mother’s cancer alone. Relief that after eight years of marriage and fifteen years of love, I finally gave all of myself to my husband.

About a year after my son earned his ice cream trophy and my husband coached me how to cry, a couple of my brothers flew in to celebrate my kids’ fourth and second birthdays. My son and daughter were taking turns jumping off our wooden coffee table onto a giant beanbag in the center of the family room. They love showing off in front of their uncles. My son missed, hitting his knee on a wooden block we failed to pick up. His mouth turned into an upside-down horseshoe, shuddering.

One of my brothers looked, but sat cemented in his chair. His eyes said, “If you ever want to be a man, you better not cry.”

My son’s lower eyelids were buckets—heavy with water wanting to spill over the brims. I looked at his eyes and said, “It’s okay to cry.”

Our bodies softened. I went to him, hugging him.

As I had done hundreds of times as his mother, I cradled him. My brother’s face relaxed and he crawled off of the chair to the floor. With his knees edged into the carpet, he patted my son on the back and said, “You’ll be okay, buddy.”

In return, my brother looked at me in agreement. Like my husband taught me, I will coach my son that all emotions are okay and crying is necessary. I didn’t have to tell my brother about losing my bullet-proof vest. He understood.

I want my son to know that it’s okay to cry. In fact, I hope he does.

The ability to gulp down tears does not make you a man. Being able to express a wide gamut of emotions does.

I’ll help my son foster these skills. Maybe, with my husband’s continued help, of course, we can encourage our son to express all of his feelings—without shame. He won’t need to follow Spartan Family Code, or society’s Boy Code. Big emotions in men won’t be taboo—not in our house.

I regret that it took me so many years to exhibit vulnerability to my deserving husband. And honestly, there are times I want to pick my armor up off the floor, but my husband always reminds me to leave it there. So, I hope my son does cry and lets people see it. Being tough isn’t important, but being real is. And to let someone in, to truly let them in, you have to cry.

That night we celebrated the kids’ birthdays with cake and ice cream. My son spooned the Oreo ice cream into his mouth. He smiled with his uncles—loving him despite the tears.

Because they too, will help my husband and I teach my son that great men let tears fall. 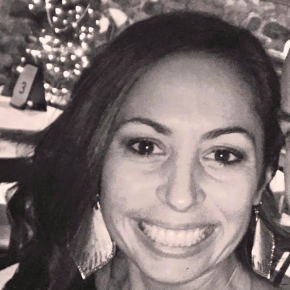 Angela Anagnost-Repke is a flawed mother who turns to writing to help in both her daily blunders and rediscovering herself outside of motherhood. She has been published in Good Morning America, ABC News, Scary Mommy, The Good Men Project, MSN Lifestyle, Mothers Always Write, and others. Angela also has an essay in an anthology by Belt Publishing, “Red States, Blue States.” She is passionate about the comradery of motherhood and is an advocate of a moms’ night out. She is at work on a cross-generational memoir, Mothers Lie.