Is it okay to want opposite sex friendships while in a relationship? Today’s question comes from a married woman who misses having close friendships with men.

I have many wonderful friendships with women right now, friendships that are deep and intense and born from commonalities such as motherhood and life as a writer. These friendships provide essential sustenance for me, they fuel me through my days, my weeks. They are a constant presence; they shape much of who I am at the moment.

I have very few opposite sex friendships—basically none. When I was younger, my best friend in high school was a boy. I had a great friend in graduate school, who was male as well. I am fully capable, in other words, of Platonic relationships with members of the opposite sex. The issue, it seems, is that as I have gotten older, as I have become more confident—and more set—in my ways, as my family situation has changed, my requirements for friendship have changed accordingly—though, to be fair, I’ve never been a big fan of casual interaction. I know the kinds of conversations I like to have. I know the degree of loyalty and intimacy and emotional intelligence I find necessary. And I don’t really have any men in my life who fit the mold.

I’m not making a universal claim about the differences between men and women, though I do think there is something to the Mars/Venus divide. But if I were being perfectly honest, since having kids, my view of men has dimmed. I see all of my local friends’ husbands through their eyes (and this is the most logical pool of options), and often the picture is not especially pretty, which isn’t surprising given the strain of young kids on a marriage. I suspect I would benefit from having a male friend or two, to shake up my perspective, but how does one go about that appropriately at this point in her life, especially as I don’t work outside of the home? Are opposite sex friendships worth pursuing for their own sake?

I was ready to answer your question with a question: Is something lacking in your female friendships? But then I reread what you said at the beginning about your current friends: “These friendships provide essential sustenance for me, they fuel me through my days, my weeks. They are a constant presence; they shape much of who I am at the moment.” You also described these friendships as “deep and intense.”

Is there perhaps something you miss about the more casual nature of opposite sex friendships? This is not to say that friendships with men cannot also be deep and intense, but speaking in generalities, I wonder if you remember your friendships with men being refreshingly less intense and a welcome complement to your more complicated female relationships. Maybe you could use a few less intense female friendships in your life? I’ve often extolled the virtues of what I call the “close acquaintance” because there is something nice about friendships that are less intimate to round out the ones where we get more but more is expected of us in return.

Is It Just Nostalgia?

I also wonder (and maybe I’m projecting) if part of what you miss about the Platonic friendships you mentioned is the specific and special time of your life–high school, college, and graduate school–as opposed to the maleness of those friends. The older I get, I miss college (never high school). Although I think of my college years fondly and they should make me smile, I also feel sad when I picture the campus, the dorm, and my friends (both male and female). I am so far from that time, and I will never experience anything quite like those four years. I’m nostalgic for the campus atmosphere, and I have regrets about not doing more in those four years, not seeing more, not trying different kinds of classes, traveling more, and not enjoying more of the freedom available to my single, childless self at the time. But like I said, maybe I’m projecting.

There’s no great answer if some of what I said about this nostalgia for that time of life is true. We can’t go back, and the idea of pursuing an opposite sex friendship simply because you miss those kinds of friendships strikes me as way too risky.

So I’ve answered your final question in a way that might disappoint you. You asked, “Is a friendship with a man worth pursuing for its own sake?” I wish I could say something more encouraging and free-spirited, but the truth is that I don’t think the benefits outweigh the risks. You also asked, “How does one go about that appropriately at this point in her life, especially as I don’t work outside of the home?” I can’t think of a way. I’m sorry, but I can’t.

You provided two examples of men with whom you enjoyed completely Platonic relationships. I agree that it’s possible to have friendships with men where there is not one iota of sexual chemistry or anything remotely inappropriate under the surface. However, it’s also true that many romances started with that kernel of friendship, and that is where the risk becomes a real concern. We can’t ignore the fact that non-Platonic feelings could develop and that’s where the benefits versus the risks has to be considered very seriously.

What If Your Spouse Wanted Opposite Sex Friendships?

I can’t help but think how I would feel if my husband decided to pursue a friendship with a woman that did not include me as part of the equation. To put it bluntly, I would be devastated. We have couple friends and I consider several of those men my friends, and he feels the same way about the women. However, if he pursued any of those opposite sex friendships on his own, or worse, found a new female friend who had no connection to me, I would definitely be worried about my marriage. And then I might throw some plates against the wall.

I want you to know that as a fellow writer who works from home or a coffee shop, I understand what you’re saying about having little contact with men and missing those types of opposite sex friendships. I wish I had a more uplifting answer for you than this very long version of “Sorry, but that ship has sailed.” Perhaps some of the readers will disagree with me. I’ll leave the floor open for others to give their two cents.

Thank you for sending this question as I know you’re not alone. 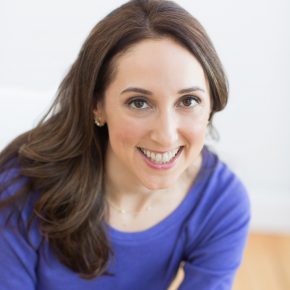