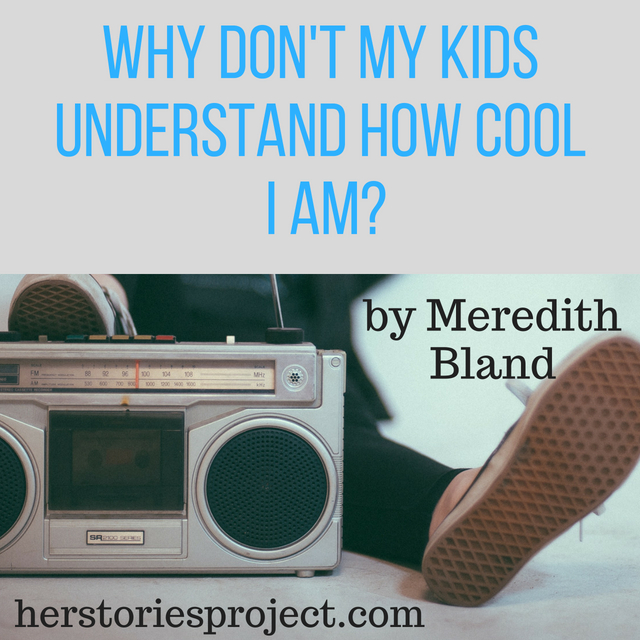 It took us ten years to get here, but it has finally happened: my kids no longer think I’m cool. In fact, they think I am really, truly, mind-numbingly uncool.

It became official this morning while my daughter was looking at her iPad. “Oh, no,” she cried, “Gabe the Dog died!”

“You know, the dog from YouTube? The one who barks songs?”

“He did what, now? What songs? Like, popular songs?”

And you know exactly how that “Never mind, Mom” sounded. This wasn’t a “Never mind, Mom,” as in “Never mind, Mom. I realize that a dog whose barks are edited the to the tunes of current hit songs doesn’t even make the top one thousand things you think about on a daily basis.” It was more of a “Never mind, Mom. I won’t trouble you with this because I know you need to focus all of your attention on making sure you can breathe with your mouth closed.”

How did this happen? It seems like just the other day my kids were telling me they wanted to live with me forever, an idea that, yes, horrified me but also touched my heart. Now, all of a sudden, they don’t even want to go shopping with me for fear that I will do something humiliating like hold up a plain white tee-shirt and ask if they like it. Are they embarrassed because their mother, who has an appreciation for fashion’s classic, basic pieces, has foolishly offered them a suggestion? Or is it because I occasionally ask these questions using cool, old-school nicknames like “Benny Bear” and “Meggy Poo”? I think we can all agree that there’s no way of knowing.

I could almost empathize with them if I was, in fact, doing something embarrassing. At some point, most children become humiliated by the fact that their parents live and walk amongst us.

I always assumed that if or when my kids did eventually become embarrassed of me, it would be because they were too young to understand what makes me such a rad mom. I figured that they just wouldn’t get how awesome it is to have a mom how swears not just out of anger, but as a necessary seasoning for everyday language. Instead, it seems that they understand exactly who I am and have still decided that I am a full-bore nerd, which is unbelievable because I just used “rad” in a sentence. Those kids see me out there living my best life, and they would still prefer that I not speak to other people in their presence.

It’s especially hard to accept all of this when you consider the journey I took to become such a cool mom. The fact is, I wasn’t particularly cool growing up. I wasn’t part of the popular crowd and I wore turtlenecks long past their shelf-date. (I even wore a turtleneck “dickie” for a while. Google them. They’re appalling.)

But once I grew up and got out of college I did some really cool stuff: I self-consciously bounced around to Lauryn Hill and The Roots in concert. I rode on the roof of a car, holding on for dear life to the wrist of a boy who was using his hand to hold on to my more attractive friend. I told a Frenchman to go f**k himself, in French, in Paris, on New Year’s Eve, after he hit on my more attractive friend. I turned down cocaine, once, dammit!

And therein lies the problem: I am so cool that I can’t tell my children all the reasons why I’m cool until they are grown and/or I am on my deathbed. Sure, I can drop hints about my coolness with comments like, “Oh yeah, I’ve had alcohol before.” But can I tell them about the time I drank so much strawberry-flavored alcohol that I threw up in a college shower after putting strawberry-scented shampoo in my hair the next morning? No, I cannot. And that story is awesome.

The high-fives are coming. They might not arrive for another ten years, but they are coming and they will be heartfelt and plentiful. And then these kids, these kids who say, “Mom, could you not do that” on an almost-daily basis, then they’ll be sorry. 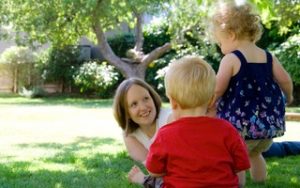 Meredith Bland is a freelance writer whose work has appeared at Scary Mommy; Cosmo.com; Time.com; Brain, Mother; and The Rumpus, among others. She lives in Seattle with her husband and two kids.