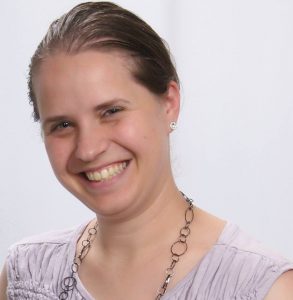 Meredith Napolitano is a former music teacher and choir director and current stay at home mom of two little girls, chronicling her balance between the roles of “Meredith” and “Mommy” on her site – From Meredith to Mommy.

With her stay at home life and a husband who works from a home office, she has family together time all day, every day! Meredith started blogging when she realized that she was spending far too much time on the phone with her best friend, sharing stories from life with two little ones, and it was time to give that poor woman a break and write these stories down. Meredith has had her essays about motherhood featured on the Huffington Post, Scary Mommy, PopSugar Circle of Moms, Mommy Hot Spot, One Stop for Mom, and iVillage Australia. She is a contributor to the 2014 best selling humor anthology I Just Want to Be Alone and will be featured in several upcoming anthologies releasing in late 2014 and early 2015.