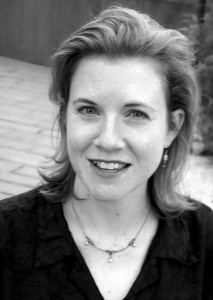 Elline Lipkin is a scholar, poet, and nonfiction writer who has also worked as an editor for a variety of publications.  Her first book, The Errant Thread, was chosen by Eavan Bolan to receive the Kore Press First Book Award and was published in 2006. Her second book, Girls’ Studies, was published by Seal Press in 2009. Endorsed by Peggy Orenstein and part of the Seal Studies series, Girls’ Studies explores the state of contemporary girlhood in the United States and how gender is imprinted from birth forward.
From 2004-2006 Elline was a Postdoctoral Scholar with the Beatice Bain Research Group on Gender at UC Berkeley where she also taught for the departments of Gender and Women’s Studies, Comparative Literature, and College Writing.  Since 2008 she has been a Research Scholar with the Center for Study of Women at UCLA.  She attended Wesleyan university and holds an MFA in Poetry from Columbia University and a PhD in Creative Writing and Literature.  Currently, she teaches poetry for Writing Workshops Los Angeles as well as private workshops.
Her nonfiction writing has appeared in Salon.com and other contemporary sources, and she is widely published as a poet.  She has written on everything from what it meant to be a feminist bride to female mentorship and influence within the literary world.  Her website is http://www.EllineLipkin.com, follow her on twitter at @girlsstudies.