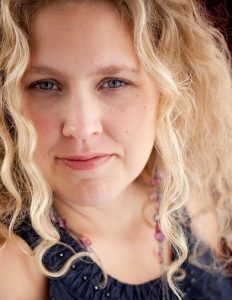 Julie DeNeen is a full-time web designer and blogger, making her mark on the Internet with a tech blog called Fabulous Blogging. An award winning lifestyle blogger as well, she was chosen as Anderson Cooper’s blogger of the day in 2012 and appeared on Anderson Live several times, as well as BBC World Have Your Say. Off the Internet, she is a mom of three, a musician, foodie, and theater buff.