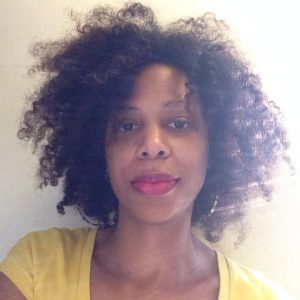 Arnebya is the voice behind the lifestyle blog What Now and Why, where she discusses topics such as parenting, mental health, race relations, and healthy eating. A government contract writer/editor by day, Arnebya is also a married mom to three.

A 2013 Listen To Your Mother speaker and a three-time BlogHer Voice of the Year, Arnebya’s writing has appeared on multiple online parenting sites. She is the recipient of a local DC award for fiction, the Larry Neal Writer’s Award. Her work is also published in the Washington City Paper’s fiction issue (2013). As a speaker at BlogHer’s HealthMinder Day in 2013 on the topic of mental health in the online space, Arnebya returns to BlogHer this year in the “writing lab” to discuss grammar.

Most recently, Arnebya took on new territory in her love of public speaking and signed on to counsel previously homeless women on resume and cover letter writing, and interview skills. A native Washingtonian, she can often be found lobbying against the government’s incessant ill treatment of the District, and mumbling taxation without representation.