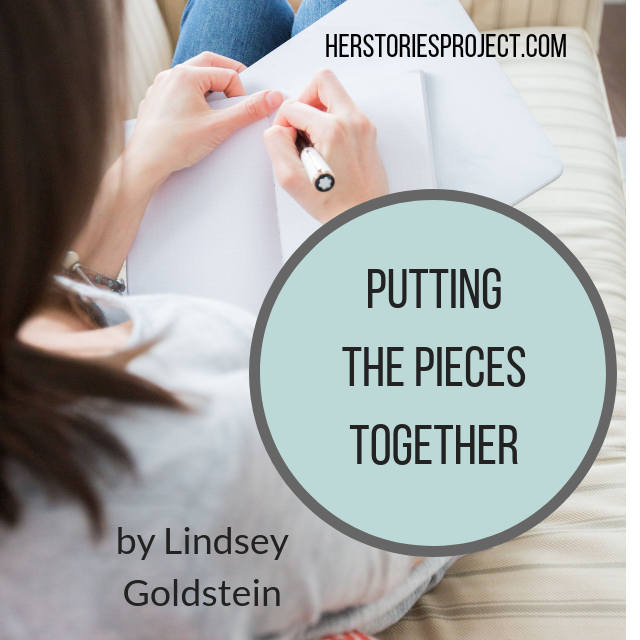 I stood in the shower, warm water cascading over my shoulders and relaxing me enough to cause my eyes to close. My husband and daughter had left the day before to go skiing, leaving me with my toddler son and dog. Suddenly, my eyes snapped open. What if I have a brain aneurysm in the middle of the night and die? What will my son do? He can’t dial a phone to seek help or even get something to eat without assistance. He’d be stuck in this house with a dead mother and a dog. I shook my head. No, no, no. I took a deep breath and refocused.

A few weeks prior, my therapist, whom I will call T, and I spent an entire session discussing my tendency to worry. I told her I can relate to a Shel Silverstein poem I’d read as a child about the “what if’s” crawling into my ear. When the news bombarded me with reminders that this year’s flu epidemic was something to fear, I’d begun the worry discussion with T, telling her I had become compulsive about hand washing, scouring my children’s hands when they walked into the house from school or foregoing play dates if a parent mentioned his/her kid had a sniffle. She listened, then leaned in.

“What would be the worst thing that could happen if one of your children got the flu?” she asked.

“Well, one of them could die,” I’d practically whispered not wanting to tempt fate. She nodded.

“But the chance of that happening is very slim, right?” I had to admit that was true.

Therapy isn’t something I’d ever thought I needed, but several months ago, I told my husband I had decided I wanted to try it. His initial reaction was concern, assuming something was terribly wrong. I assured him that no, there was nothing I could pinpoint, but in general, I just felt an overarching feeling of dissatisfaction. He was hurt to hear this, but I encouraged him to listen and try to understand.

I told him, “It’s not that I hate my life. Not at all. I just feel like my days and weeks blur together, that I do whatever I need to do to get through my days rather than actually enjoy them.” As much as I didn’t want to sound like a cliché, I explained that I felt out of balance, felt a lack of presence in whatever I was doing, and my biggest concern was that I’d wake up one day a very old woman with a million regrets about how I chose to spend my time.

I was reminded of a quandary a friend posed to me: What would you do if someone said you only had ten minutes left to live? I remembered searching for an answer but feeling lost and desperate to come up with anything.

My first session of therapy started awkwardly. I squirmed, unsure of how to begin. So, I just started talking, nervously at first and later with more assertion.

“I just feel as though I’m unsatisfied. That maybe I do a lot of things with my day, but that none of them get enough of my attention. I worry that one day, I will lie on my deathbed and be regretful that I didn’t accomplish anything.” She nodded but didn’t say anything. I kept talking. I told her about my marriage in a nutshell, about my two kids, about my job as a physical therapist, and about my writing hobby. I watched as the minutes ticked by on the clock, very aware that the express train of an hour was whooshing by in what seemed like a minute. She didn’t say much, but the sympathetic expression on her face told me she’d been in my shoes before, that the dissatisfied ground upon which I tread had been traversed by others.

Since the birth of my second child, I’ve opted to treat patients who are not able to leave their homes. The vast majority of my patients are in the final moments of their lives. My favorite part of my job is to hear each patient’s life story, to hear what made them happy, to hear what still makes them happy, and to understand what each person would like to continue to do so long as they have breath in their body.

I wish I could say I’ve met people without regret, but sadly, I haven’t. The overwhelming response I get from these people is to enjoy my youth, my children, my husband, and my body.

During my second visit, my therapist clearly had been listening because she asked me how I feel when I’m writing. I don’t normally discuss feelings. I tell stories, I make dry jokes, but to actually say how something makes me feel isn’t within my comfort zone.

“When I’m writing, two hours passes by in what seems like two minutes,” I said. It was the best I could muster. She smiled.

“That is an amazing feeling. To be so engrossed by something that you lose track of time.” I agreed. She wondered how I could incorporate more of that into my routine. And so we dissected my inability to say no to work that actually pays (my patients) and commit more time to something that I love. I explained to her that that seemed frivolous, almost irresponsible. That I should be as productive with my time as I can be in order to help support my family. Then I decided to stop arguing and remember why I’d sought her help in the first place.

When I was much younger, I shied away from anything I feared. Following dreams or passions wasn’t in my nature, but rather practical choices were. Then I turned forty.

Friends who were younger asked me what that was like. Some wondered if forty was terrifying. I wasn’t scared but suddenly was very aware of how fleeting my time is. I looked back at the years behind me and the details of so many experiences, of so many relationships with people, of loves and hurt and joy. It was as though they had been placed in a food processor and blended together to make a blurry collage of snapshots of my life.

There is no slowing time down, but by going to therapy week after week, I realized I had gotten into a habit of being half-present in my life, of multi-tasking so I can get everything done in favor of committing myself fully to each moment of my life.

At the last visit I had with T, she probed further into my relationship with my seven-year-old daughter. She and I have very different personalities, but I want to understand her and also have a healthy relationship with her. Her greatest need since we had our son is for me to be affectionate with her. She sees me carry him places or hug him and though I try to give her the same level of affection, she has voiced her feelings that it isn’t enough.

“Mommy, will you lie in bed with me and cuddle?” she has asked on numerous occasions. Normally I put my son to bed, read with my daughter and then try to get her to bed in an effort to preserve one hour of alone time before I too need to go to bed. I told T how many times I’ve used the fact that it’s late and my daughter needs to go to sleep in lieu of cuddling with me. Or if I do sit with her on her bed, my mind goes to everything I still have left to get done in the paltry number of minutes I have before bedtime.

“Do you think you could forego any of the things you have to do at night in order to lie with her and cuddle for five minutes?” T asked me. And then of course, I blushed because I felt like a selfish and terrible mother. “What would happen, for example, if you didn’t get the dishes done at night?” she asked.

“Nothing,” I’d mumbled. Then I’d looked T in the eye and made a heart-wrenching confession. “The real issue is . . . I don’t like to cuddle. With anyone.” I explained how it had been a problem with my husband when we first dated because he enjoyed cuddling, while it made me feel suffocated. I compromised with him a bit, but I know it’s not what he really wanted. I explained to T that as awful as it sounded, I just wanted to be transparently honest. She applauded my honesty. We discussed ways in which I could meet my daughter halfway, to give her what she needs without compromising my comfort. And I believe these suggestions have helped.

As I understand it, there isn’t a finish line in therapy. I won’t cross a line and be handed a medal. But I feel myself unfolding.

Most importantly, I feel myself allowing truths to emerge. I have nothing to hide or lose by telling all to T. And only by admitting the deepest, ugliest, most wounded aspects of myself can I take myself apart and put myself back together. 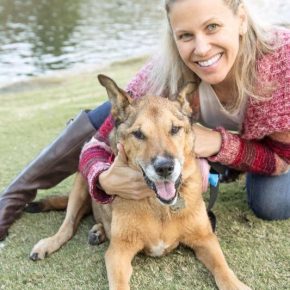 Lindsey Goldstein lives in Los Angeles with her husband, two kids and dog. In addition to writing, she works part-time as a physical therapist. She has published essays in the The New York Times, Modern Love column, in Kveller, and in Parent.co. Lindsey is currently working on her first novel. 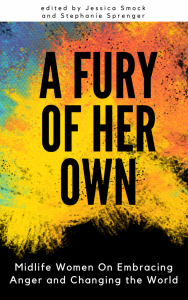