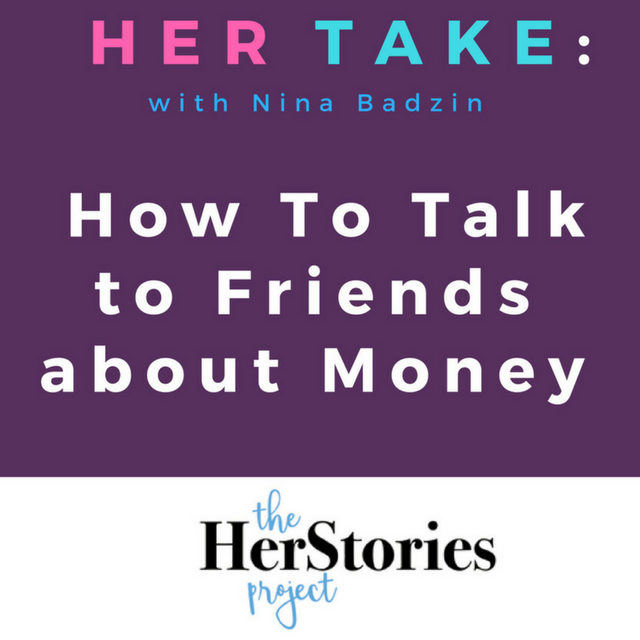 I would love some advice about navigating the subject of money among friends for the midlife set, whether those friends have more OR less, to minimize awkwardness on both sides.

Here’s what prompts my request. The other day a neighbor (someone we’re fairly close with, e.g. we help each other with dog walking needs, vacation mail, etc.) was asking me about a recent stay we had in a local beach community. We’d rented a house for the week and she asked, “Do you mind if I ask if it was expensive?” That was her exact phrasing, not “Do you mind if I ask how much it costs?”

Now, I happen to know from previous conversations a hint of her financial situation that we are in a much, much stronger financial position than she is right now. Which is to say, to *her* I knew this would be expensive, and, like any vacation travel, there are ways to do it cheaper. I also knew that the pricing is available online if she were to ever ask where we stayed, so I didn’t want to lie either. My answer to her was “Well, I don’t like characterizing anything as expensive or not because I think that’s relative, but it cost $XXX.” And, as I expected, her eyes widened. And then I felt guilty, finding myself qualifying my response with things like “but this is the only vacation we take . . . we rented a bigger house so we could have more privacy . . . etc.” I guess I felt I had to justify the amount we spent to make it sound less…fancy? After she left I felt badly, almost guilty.

I know never to assume anyone’s financial status, and yet these kinds of things come up once in a while, on either side of the coin, for all of us. And when socializing in mixed financial circles it can get awkward. For me, what I want to minimize most is resentment or any whiff of “showing off” or “missing out” for anyone. Like if we go out with a group of friends . . . sometimes some are happy splitting the bill evenly, and others you can sense it’s not what they wanted to do. Or how for many of us, family size (big or small) directly impacts ability to pay in some situations. You get the gist. Any pointers for our midlife generation who have things like college, parent care, mortgages, retirement plans, etc. that we all might be better or less equipped to finance than our peers? How do we talk about these things honestly without hurt feelings?

Need Help With The Money Talk

First, I’m taking the “midlife” angle out of the question because awkwardness about money is an ageless concern. Second, I want to assure you that you’re not alone in finding this subject tricky.

I use Facebook occasionally to get a feel for which friendship topics piling up in my “HerTake” inbox will interest readers. When I brought up a more general version of your question, the post attracted more conversation than any other I’d attempted in four years of writing this column. Do I say that because everyone who responded agreed that friends shouldn’t ask what things cost or whether they’re expensive? No. I say it because the comments varied widely:

“It’s tacky to ask what someone spent.”

“It doesn’t matter if someone asks. Friends should be able to talk about it openly.”

“We can look anything up these days so no reason to be private.”

Yikes! What to do?

Many agreed they didn’t mind discussing what things cost as long as they felt the person asking wasn’t judging the answer. There was also consensus, which doesn’t make it scientific, but I’m mentioning it anyway, that women over-explain and apologize for their purchases more than men do. “It was a deal.” “It was a gift.” “I bought it at a resale shop.” You reacted this way, too when your friend’s eyes got wide at the price of your beach vacation. There was also agreement that context matters. If someone is looking for a similar deal on a similar item, that is entirely different from outright nosiness.

One Facebook friend, Kate, summarized the issue well: “I do think it can be awkward when there are differences in economics among friends. But then, the truth is the truth, and neither bragging about it nor lying about spending money seems to be a modern approach. If someone resents a person for how much they spend on something, whatever it is, well then that’s on the resent-er. We must all be able to be ourselves among friends!”

I agree with Kate’s point, especially the part about being ourselves. And you’re right, too, that we can never count someone else’s dollars. Maybe one person cares about the car she drives more than going on a certain kind of a vacation. Maybe another friend is spending her extra money on childcare during the week, which means she can’t afford to go out as much on the weekend. Maybe another friend seemingly has everything—new clothes all the time, a new car every few years, fancy vacations, three kids in private colleges—but she’s in debt. Maybe another friend never seems to stress about money, but she panics privately about saving for retirement, helping her parents, or dealing with medical bills.

And as you said, what’s expensive to one person may not be to another. I would just stick to the facts. It’s presumptuous anyway to think you know how anyone will react to the information you provide. And as Kate said, the reaction is on the other person, not on you.

That said, I think there is still nuance to every situation involving money and it all depends on the relationship. But even with my closest friends, I’d find it unusual for anyone to expect me to provide exact numbers on hotels, clothes, or anything for that matter.

Now to be fair, my view comes directly from my childhood as evidenced by my mother’s reaction. “Because your grandmother was a stickler for manners and appropriate behavior in various situations, I learned at a young age it is gauche to discuss money in a social situation. This means you never ask someone what they paid for something, and you do not volunteer the cost of things you purchased. Clearly there are nuances to this rule. For example, you might tell a friend you hired a great computer person. Obviously your friend will want to know what the computer expert charges. That is a different question from asking what you paid for your vacation. The latter is an intrusive question and no one else’s business.”

(I enjoyed my mom’s use of the word gauche.)

I wish I could give you one specific rule to follow, but my mom is right that helping a friend make sure she’s not overpaying (or underpaying) for a service is quite different from providing dollar amounts about more personal purchases. And as my mom says, “There are some topics that are fine to talk about with some friends and other issues to avoid.” It depends on the relationship.

In the case with your neighbor, I might have said, “We stayed at [name of place], but the prices depend on the availability or deals going on. Take a look.” This removes any opinion on your part about what she can afford and helps you avoid feeling defensive about how you spend your money. You’re not lying about where you stayed, but the exact price you paid for the place is truly not her business. Sure, she will see a ballpark of what you spent, but that will happen on her own time, which means you don’t have to get into an uncomfortable conversation about it. Perhaps this type of approach will help you the next time she asks a similar question. Does that mean you should never reveal the price of something? No. Like I said, nuance.

The question you asked at the end about the bill at the restaurant is a good one, too. But the idea that you can sense some of your friends didn’t want to split the bill. . . I don’t know. I think you put too much pressure on yourself to know others’ financial issues and desires. You’re obviously a sensitive and caring friend, but you can’t single-handedly eliminate these uncomfortable moments. These fellow adults can speak up. Someone who does not want to split should ask the server from the get-go for separate checks. Sure, it would be a considerate gesture to offer to ask the server for separate checks yourself if you spent significantly more, but for a typical meal where people spent around the same amount, I think it’s fine to assume you’re all splitting unless the person who doesn’t want to says otherwise.

I know this doesn’t cover every instance, but hopefully reading about the topic here (and in the comments below) will help you see you’re not alone and also encourages you to give yourself a break from having to mitigate everyone else’s money issues. That’s not your responsibility!