Not all women experience a midlife crisis in their forties, or at least not in the same way. Midlife can also be a time of new starts and new beginnings. Elura Nanos shares how she has come to look at midlife in a new way. 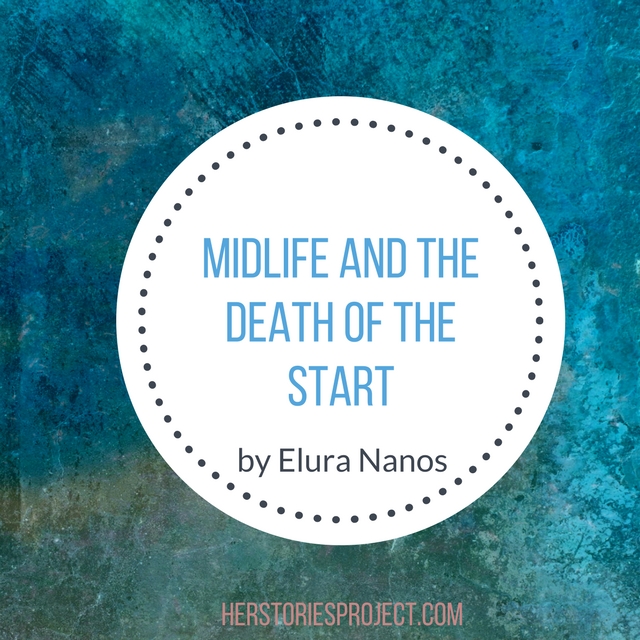 For a little while now, I’ve begun to feel the slow suffocation of being “in my 40s” – an entire decade reduced to one phrase as proof that until 50, the exact number doesn’t really matter.  The lack of oxygen here was pretty surprising upon my arrival. I’ve never been age-phobic. I don’t get chemical peels or buy anti-aging serum. I don’t get all weird and somber on my birthday.  I don’t have grey hair, and the lighting in my bedroom isn’t nearly good enough for me to obsess over the wrinkles that probably frame my eyes.

None of that is to say that I haven’t experienced physical signs of aging.  Of course I have. But because I’ve never been the kind of chick who traded on her looks, I can’t say I’ve been shattered by the reality that I no longer turn heads when I walk into a crowded room. I was never that chick.  Same goes for the physical slowing; even in my prime, the extent of my athleticism was completing a Target Trifecta (sprinting through cosmetics, groceries, and accessories) during a 45-minute lunch hour.  That, I can still accomplish with agility, as long as I’m wearing the right bra.

As a primarily intellectual person, aging has mostly made me better.  As my cache of personal experiences has grown, I have become more knowledgeable, more confident, and more empathetic than the younger me had been.  I’ve honed the skills I have acquired, and I’m more efficient than ever. I heal faster from heartbreak, I forgive faster after betrayal, and I learn sooner after failure.  I give more of everything now — with the exception of fucks; I gave my last of those around age 39, and then promptly let my subscription expire.

Here’s the problem, though.  By our fifth decade, we are good at things.

Most of us have at least one great recipe we can pull out of our asses when we need to impress.  We know what to write in thank-you notes, what to wear to funerals, what to ask the doctor, and what to buy the mom-to-be. We are experienced wives, mothers, professionals, and friends. And while new people do come into our lives, we’re fitting those people in to our existing lives, not molding ourselves around theirs. No one is asking us to take Meyers-Briggs tests to figure out what careers might suit us.  No one is setting us up for blind dates. No one is asking us to rush a sorority, try out for a team, or start a band. In middle age, we seem to be in the middle of everything.  As a direct result, we’ve been stripped of those beautifully fragile moments when we are excited and nervous, and where we hope for, but don’t exactly know what’s coming.  While life once seemed to be full of beginnings – new semesters, new relationships, new apartments –starts are scarce.  The landscape of my life became barren of starts right around the time I was first tempted to brag about the multiple rodeos I’d attended – shortly after I stopped rolling my eyes over those who had  “been there, done that.”

When I first realized that my starts were dwindling, I mourned them.

I turned over the memories in my mind – the first kisses and move-in days, the orientations and the baby showers.  I reveled in their beauty and promise, and placed them gingerly onto the mantelpiece of my mind.

But I knew remembering would never really be enough; hoarding my old starts started to feel like the emotional version of collecting shot-glasses — whimsical at first, but ultimately, pretty lame.  I wanted more starts — new ones — and I was determined to find some. Once I began looking, I was surprised by where they turned up, and gratified to learn that they hadn’t lost their luster.

When I tried new activities or traveled to new places, I awakened (or perhaps created) new parts of myself.  When I put down the heavy load of always knowing what to expect from myself or others, I found that my hands were free to grab the starts that fell along my path.  Some of those starts were professional, others personal – but they all fed my spirit.

I consciously focused outward, instead of inward, and channeled my younger self – that girl who wasn’t so fixed in her understanding of her own identity.  I talked less about subjects about which I am an expert, and started listening more to those about which I know nothing. I spent more time around people in their 20s and 30s, and I stopped giving them so much advice; instead, I focused on soaking up their enthusiasm and their uncertainty.  If I could see the world for the endless ocean it is, instead of clinging to my small raft of personal experience, I just might get somewhere.

I still have quite a bit of life to live, and I think I have learned what to do with it.

Be new at stuff. Be bad at stuff.  What matters isn’t the outcome – it’s the deliciousness of the start. 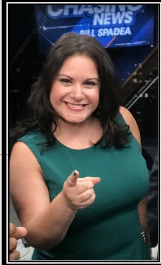