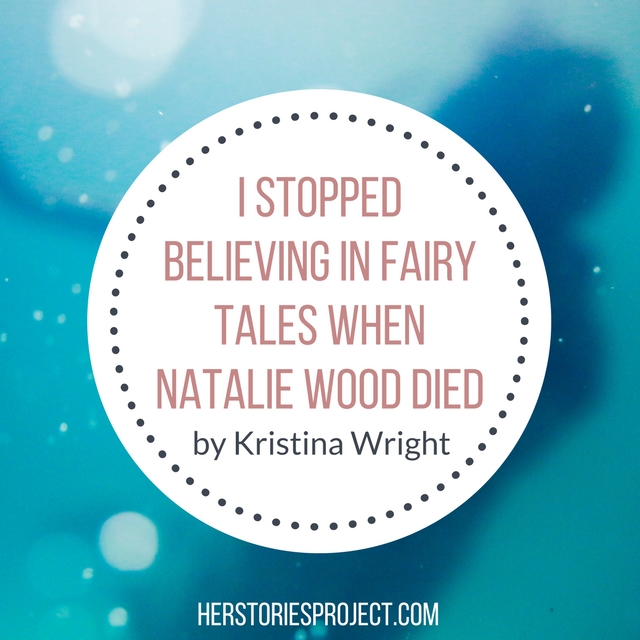 I was a fourteen-year-old high school freshman when Natalie Wood drowned under mysterious circumstances.

High school was a different world than middle school had been, a world where I discovered how to flirt and date and daydreamed about the prince who would be my boyfriend.

My mother shared her love of Natalie Wood with me—she introduced me to Wood’s films like Rebel Without a Cause and, her favorite, Splendor in the Grass. Mom identified with Natalie Wood, probably because she watched Wood grow up over the course of her film career. They also shared the same long dark hair and high cheekbones, and my mother often commented that my stepfather looked like Robert Wagner, Wood’s husband. My mother and I watched Hart to Hart together, the cheesy detective show that starred an aging Wagner opposite the younger Stephanie Powers. Mom had a school girl-like crush on Wagner and he was a father figure to me–handsome, charming and kind—far from the father I had.

I never saw my mother read a novel, but every week she would bring home tabloids like The Enquirer and Star and sit at the kitchen table chain smoking while she read bits of gossip to me as I did my homework. Hollywood romances were something my mother seemed to envy, and Wood and Wagner were one of several couples she followed in the rags.

When news broke of Wood’s death by drowning, I was shocked and saddened in a personal way only a teenage girl can be. I felt like I knew her, this beautiful, ethereal actress who wasn’t much older than my own mother, and I was sad for her handsome husband and the heartbreak he must be experiencing.

My mother’s reaction shocked me even more than Wood’s death. She said something, offhand and matter-of-factly, with such utter conviction that it changed my attitude toward men and relationships forever.

She told me she thought Robert Wagner had killed his wife. When I asked her how she could even think that, she simply said, “I just know.”

My mother felt this way because of her own tumultuous experiences with men, including the only man I ever knew as my father. She was already a mother when she met my stepfather at the bar where she worked, having gotten pregnant with me over the course of an affair with a man who hadn’t bothered to tell her he was married.

It took me four decades to piece together what little I know about my biological father, because my mother would never tell me and I learned it was best not to ask. But I do know that within months of having me, she met and married the man who would become my stepfather, guaranteeing a financial stability she could never provide on her own. Security came with a steep price: my stepfather was an alcoholic who could be both verbally and physically abusive when he drank. But no one outside our home new the truth. Oh, they knew he drank too much, but they didn’t now about the fighting, the holes in the walls, the broken glasses or name calling.

I insulated myself from the truth about my parents by telling myself it wasn’t normal—their fighting, the holes in the walls, the way he’d roughly handle her even in front of me, the names he called her—it was all an anomaly as far as my young heart was concerned.

No one knew what went on behind our closed door. I wouldn’t tell anyone the truth until I was much older. I was embarrassed and ashamed, yes, but I also wanted to believe that stuff only happened in our house. I had nothing to compare it to and it was easier to believe in fairy tale romances like Wood’s and Wagner’s than to believe the reality I lived with every day.

But then Natalie Wood died and my mother uttered her proclamation that she thought Robert Wagner had killed Natalie Wood, and something broke inside me. I understood—and wholly believed for the first time in my life—that men could, and do, commit horrible crimes against the women they are supposed to love and no one knows what goes on behind those closed doors, either.

My mother’s instinctive response to Natalie Wood’s death left me jaded about romance long before I ever put on my first prom gown. If my mother believed a seemingly amiable man could kill his wife, then I no longer felt like I could trust the charming boys whose popularity carried more weight than the whispered rumors of the things they did to the girls they dated. I studied the behavior of the boys I knew for signs they weren’t the nice guys they seemed to be. I wanted there to be a way to know who I could trust, since the only man in my life was abusive toward my mother and I’d come to understand he wasn’t an anomaly at all.

I was the friend who cautioned about going off alone with a boy, the one who saw malicious possibility in any potential romantic gesture. I can’t help but wonder if I saved myself from more than heartache by relinquishing my faith in the fairy tale.

As women’s voices have become amplified recently, through hashtag movements that didn’t exist in 1981, or even 2001, I haven’t been shocked to read the allegations made against any celebrity, whether I’ve liked their work or not.

My mother has been gone for over a decade, but I know she’d believe the stories of women who are brave enough to speak them because she had more than her share of #metoo and #yesallmen stories that were never told outside our house, and likely many stories she never even told me.

When I saw the news recently that Robert Wagner had been named a “person of interest” in the decades’ old case of Natalie Wood’s death, all I could hear was my mother’s voice in my head saying, “I told you so.”

The twist in the tale is that I found my fairy tale, quite by accident. Like my mother, I married a man I had only known a few months. Unlike my mother’s marriage, however, there was no abuse. No holes in the wall. No drunken rages.

Was it luck, or all those years of carefully watching men and measuring their actions against their words? I don’t know. Likewise, we may never know what really happened that night in 1981 when Natalie Wood went into the water off the coast of Catalina. But for my mother, who could not name the abuse that was happening to her, it was a validation of sorts. It was one more way in which she felt connected to an actress whose life she had once coveted.

“No man is safe,” she told me throughout my childhood. It messed me up, my mother’s skewed and bitter view of relationships, even though I understood why she felt the way she did. It took me years to believe there was such a thing as a good guy—a really good guy—and that was only because I had married a man who managed to gain my trust and show me what my mother had taught me was, if not wrong, at least not always right. Some men are safe, some men are good, and sometimes the fairy tale does come true. 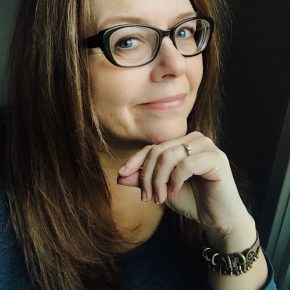 Kristina Wright lives in Virginia with her husband, their two sons, a dog, two cats and a parrot. She’s a regular contributor to Mom.me and BookBub and her work has appeared in dozens of other publications including Washington Post, USA Today, Narratively, Cosmopolitan and Mental Floss. She holds a B.A. in Literature, a M.A. in Humanities and loves reading, going to movies, baking bread and planning family trips where everyone has fun and no one complains. Oh, and she really loves coffee. You can find her at the nearest coffee shop or on Twitter @kristinawright.