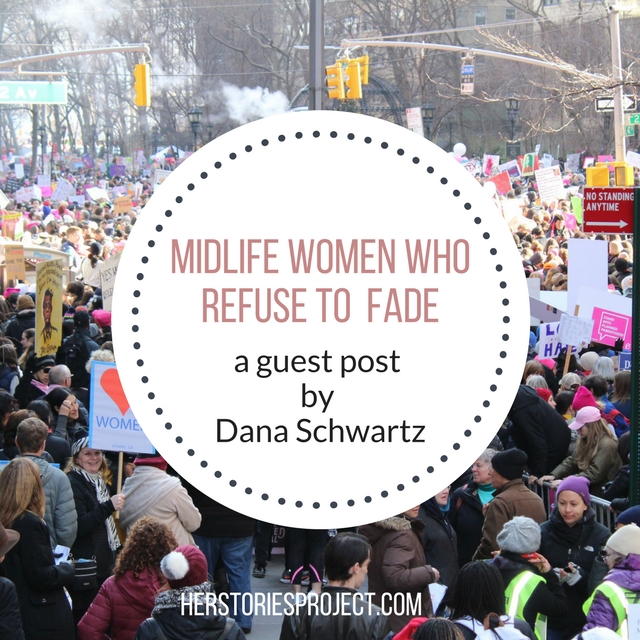 For me, midlife began in earnest not with the typical milestone birthday, but with an errant eyebrow hair. At first I assumed it was blonde, since I used to be, but on closer inspection I realized it was white. As in gray. Horrified, I yanked it out and searched for more. Nothing–not yet–but I couldn’t shake an uncomfortable sense of impending doom. That one eyebrow hair mocked me, but it also made me think about how I wanted to enter this new realm as a woman and a feminist.

We all know who gets the shorter end of the aging stick. While men may not like the moniker “middle aged,” it doesn’t hamper them socially or professionally. If anything, it gives them a leg up. Their graying hair and laugh lines are described as distinguished, and their midlife crises come with clichés about sports cars and affairs, while women are expected to cover up any evidence of fading youth.

So we pluck or don’t pluck, dye our hair or not; there is no “right” way to age, but eventually as the years go by women begin to disappear. As our fertility wanes, so does our desirability, and visibility, at least according to cultural norms. An unfair disparity, but this is no surprise considering we still live in a patriarchal society, despite the advances of feminism, and more recently, the #metoo and #timesup movements.

The fact is, while men continue to stride through the prime of their lives, women are quietly escorted off stage.

If you do a google search about midlife women and invisibility you will find a slew of articles, mostly written by women in their upper forties and beyond. The articles range from being actively ignored and undervalued (often by men) both in the world and the workplace. Somewhere along the way, this phenomenon was even coined, “Invisible Woman Syndrome,” and it spans the globe (though to be clear, despite its emotional impact, this is a First World problem).

Of course you don’t need to be middle aged to feel invisible in our society. Just ask people of color or those in lower socioeconomic classes, but the particular invisibility I’m referring to here is one that occurs as the body ages: in particular, women’s bodies.

Ever since my first gray eyebrow hair I’ve noticed other physical manifestations of age, but it just seems ironic–and unfair–that society deems my time to shine is up at the very moment when I feel the most vibrant and alive.

After years of being a stay at home mom, my kids are finally both in school and I’m able to devote more time to my community and my creative life. I’m writing articles, maintaining a blog, and revising a memoir. After Trump was elected, I decided to run for office and I won–now I’m on the local school board. In many ways, I feel more visible than ever.

And yet, the unspoken but understood role of my age group and gender is to fade away.

However, I’m saying no to that bullshit, and you should too.

Let’s not go gently into oblivion. Let’s rage to be seen, and if not by the fickle male gaze, then by the all the incredible women, middle aged and otherwise, we continue to share a stage with. I’m grateful for the women I know, in real life and online, who not only see me, but are happy to celebrate with me, as I am for them.

Now, let’s be honest for a moment. It sucks to feel unseen and undervalued, even by a gaze we know to be a construction, and an unfair one at that. But instead of mourning this, and fighting an uphill battle to maintain our viability, let’s focus on our creative output. We can lift each other up. We can be each other’s witnesses. We can bring back all the invisible women. If we actively commit to seeing each other, maybe we can shake off this invisibility cloak that we never asked for in the first place.

As we’ve seen recently, our gender is a force to be reckoned with, and the reckoning is just beginning. 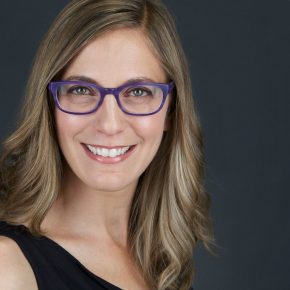 Dana Schwartz is a fiction writer currently residing in a memoirist’s body. After receiving an MFA and publishing several short stories in literary journals, she turned to personal essays, three of which can be found in HerStories Project anthologies. A former self-defense instructor, Dana is happy to give advice about personal safety as well as the proper use of an Oxford comma. She’s currently working on a memoir about motherhood and grief. You can read more about this topic on her blog, Writing at the Table. Find her on Facebook and Twitter: @danahschwartz.