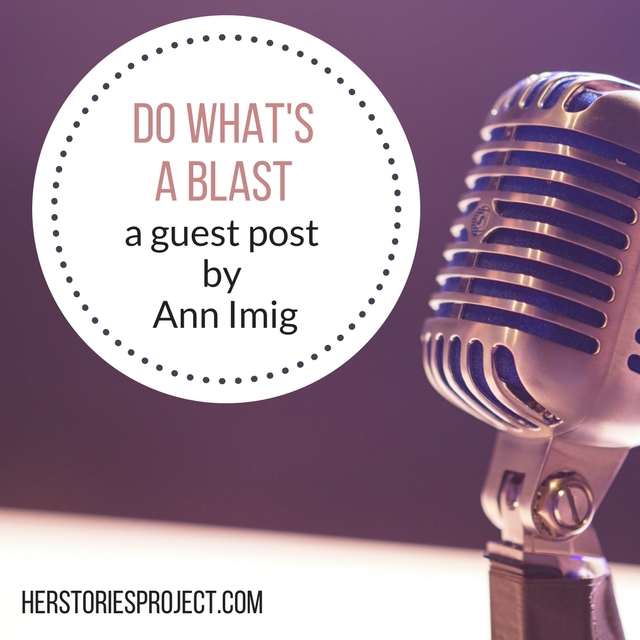 I spent my whole childhood and young adult life singing. My parents invested in years of vocal lessons, and I practiced everyday, everywhere. I sang the FAME soundtrack from the backseat of the car. I acted out “A Hard Knock Life” while we did dishes. I belted Whitney Houston from my bedroom. I drove my family bonkers.

Singing introduced me to my husband “Ben the Drummer” at a musical theater in Colorado. We moved to Chicago and I kept singing. For a time. I quickly tired of the actor hustle, as Ben tired of the musician hustle. I put my meager day job funds toward hiring a big-time vocal coach, and never practiced. He told me I had what it took but needed to work a lot harder to make a professional singing career happen. Instead, I made hanging out on the couch with Ben The Drummer happen.

We made our relationship happen, we made marriage happen, we made babies happen. I spent sleepless baby nights walking our halls, singing my entire repertoire from Broadway belters to Italian arias. I didn’t miss performing.

My kids outgrew the lullaby years. I found a new way to satisfy a resurfacing urge to perform by blogging, creating a storytelling show, and becoming a public speaker. Twenty years clipped by without singing on a stage or for an audience.

This past summer a song from Sondheim’s “Into The Woods” came on the car radio. I burst into tears. Apparently I missed singing. I felt a pull, but my inner critic deemed it childish and impractical. I hired an accompanist for an hour just for fun. My inner critic accepted that.

“You sound good,” the accompanist said. “Are you going to do something? You should do something.”

I wanted to do something. I had indeed thought of doing something. So, I gave myself permission to do something and told my inner critic she could deride me all day long. I would walk toward the stage anyhow.

In the meantime a new show was coming together with ease, in the way things do when they feel meant to be. Synergy. As I paired my own writing from the past decade with some of my favorite show tunes, the hours flew by. My career coach says when the hours fly by and you hardly notice? Notice that. Do that. So I did. I hired a music director to help me develop my idea.

I methodically moved forward, determined not to let my inner critic get the best of me. My inner critic grew louder: Who do you think you are? Want to make an gigantic weenie of yourself? NO ONE NEEDS AN HOUR OF ANN SHOW. She insisted I eat all the marshmallow charms from the kids’ cereal.

Here’s the thing. I love my life. I love my life and also I felt adrift creatively and professionally. I felt blue, stuck in a rut. Yet, each time I worked on the new project it brought me delight. It gave everything else focus and balance: my parenting, my volunteer work, my daily life work.

I confessed in a text to my friend Lisa.

“I’m trying to see if the universe wants me to do this or not. My heart knows it would be a blast and my ego says this is humiliating and don’t embarrass yourself.”

She mirrored my own words back to me, with a gentle push. It felt like a revelation: have fun. In childhood, fun is a primary motivation. By midlife I’d completely erased it from the equation. Fun doesn’t look for external validation. Fun needs no permission. Fun holds no barometer for success.

I told Lisa, “I’m a little afraid I’m going to make a fool of myself.”

She responded, “That’s the risk with anything good and what makes it exciting.”

Right. I forgot that’s why they call it a leap of faith.

The show is happening: an evening of songs and stories cabaret-style, and all to benefit a wonderful non-profit cause. Here’s the bonus: I’m more equipped to take the stage than ever before. I now have producing and directing experience and a community ready to support my work. Years of running and yoga give me boss breath control, capacity, and endurance. The richness of love and loss in midlife bring new layers and meaning to the material. I don’t need to act — it’s all there.

Are you looking for a sign? For permission? For validation? Do what’s a blast. Thank you, Lisa. 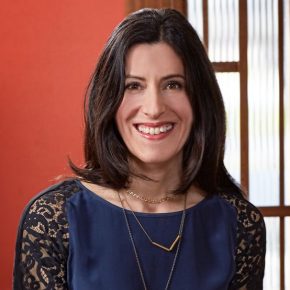 Ann Imig is the founder of the national live storytelling series LISTEN TO YOUR MOTHER and editor of the acclaimed anthology LISTEN TO YOUR MOTHER: What She Said Then, What We’re Saying Now (Putnam Books, 2015). Ann’s award-winning writing has been featured on sites like CollegeHumor, McSweeney’s Internet Tendency, The Huffington Post and The Washington Post. National TV appearances include ABCnews.com, NBC Nightly News and the webseries Battleground and The Louise Log.