UPDATE (2019): FIND NINA AND HER COLUMN AT HER NEW FRIENDSHIP ADVICE SITE 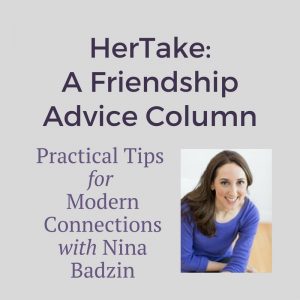 I’ve come across a problem recently in my social life that I’m stumped as how to solve. There have been a number of times when friends have either canceled plans that we’ve made or declared that they could actually only hang out for much shorter than originally planned because other plans came up. The problem I have is that I don’t know how to nicely explain to them that this is rude and makes me feel bad. Every time I have tried to go about this, I feel like I am coming off as the rude one for being upset, even though they’re the ones skipping out on our plans.

What is your advice?

Tired of the Cancellations

Dear Tired of the Cancellations,

I don’t blame you for being irritated! Now, whether you should take it personally is another issue, and what to do about it is a separate answer, too. I will get to it all.

Are these inconsiderate friends in other areas of their lives? Do they frequently cancel on others? Are they chronically late? (I mean more than a few minutes.) I’m asking because if they are unreliable in general, then it’s not something you should take personally. Not taking it personally, however, doesn’t mean you want to count on them as your closest friends. Because, yes, their unreliability sounds excessive and canceling because something better came along is as rude as it gets.

How Much Canceling Can You Tolerate?

Each person has to decide how much canceling of plans she can tolerate in a friendship, and there’s no right answer. I can tolerate more than average because I have to cancel sometimes. I have four kids, and if I make a lunch date or any kind of meeting with a person during the school day, I will have to cancel if one of my kids has to stay home from school.

In the past two weeks, for example, my kids took turns passing around a five-day virus. I had to cancel on the same friend twice. Each time I rescheduled on the spot to signal how much I want to see her. She knew not to take it personally, and I was grateful for her flexibility. Similarly, I have a handful of friends with whom I make dinner plans so far in advance that we have a mutual understanding making it easy and unemotional if one of us has to cancel because family came in town or a birthday or bar mitzvah invitation arrived that would be strange to skip for a dinner out with friends we can see another time. But if we cancelled on each other for “better” plans? No, that wouldn’t be cool.

Balance Between Flexibility and Reliability

Even with all that in mind about times I may have to cancel or my close friends have to cancel, we all try very hard to keep our plans because as you’ve experienced, too much canceling sends the message that you don’t want to spend time with the person on the other end of that conversation. There’s a balance friends have to strike between flexibility (understanding that life serves up unexpected illnesses and other problems) and reliability (knowing you can count on your friends the majority of the time). I think a solid friendship exists in that sweet spot in the middle.

It sounds like your friends are asking for too much flexibility. That doesn’t mean a big confrontation is required or that the friendships need to end completely, but if you’re unable to communicate your legitimate frustration without them turning it around on you, then it may be time for a demotion for these ladies. Don’t make plans with them for a while and focus more on current acquaintances who could become better friends after spending more time together. Yes, you can talk to your chronically canceling friends about how their behavior makes you feel, but you cannot force them to change.

Last point: a friend of mine who said this keeps happening to her teenage daughter encouraged her daughter to use the experience to shape the type of friend she wants to be to others. That’s great advice! I hope that helps, and perhaps other readers will have different ideas. 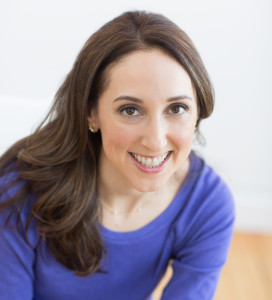