This week’s essay struck a chord with me, because it’s about the author’s experience working as housekeeper at resort hotel when she was sixteen. When I was in college, I also worked at a five star resort in a variety of positions – waitress, retail clerk, concierge, front desk. Although I didn’t have the same experience as this writer, I identified with her feelings about the way she was treated. I met many nice guests over the years, but there were more than few who felt entitled to treat me as less than, simply because they were paying extraordinary room rates. I go out of my way to remember the names of hotel employees. And I always tip the housekeepers! —Allie 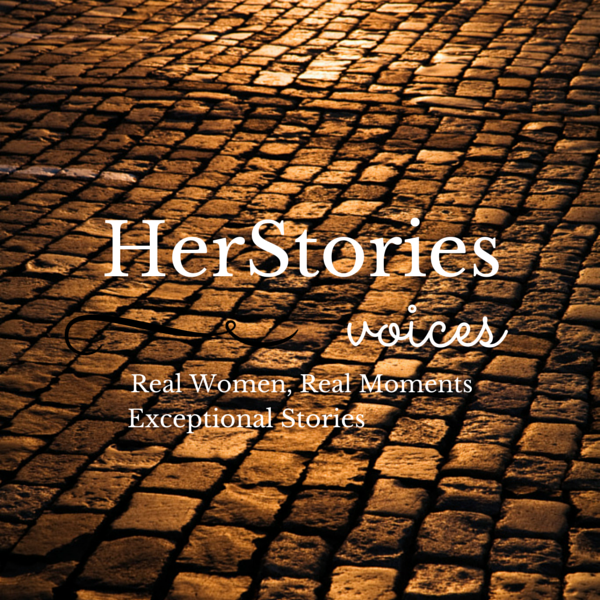 In high school, I worked as a maid at a Phoenix hotel. The right word is “housekeeping”—that’s what I called out as I knocked on doors and turned keys in locks, hoping not to find people sleeping or having sex or stepping naked from the shower—but the real job was more blunt. I remade beds with sheets that exhaled smells, dusted DNA from furniture, plucked matted hair from bathtub traps, disinfected things people touched while trying not to notice their unpacked, intimate details. I was trained to say housekeeping not maid, linens not sheets, guests not customers—code switching that elevated the hotel to a resort and me to a member of the hospitality team. My uniform, a mustard-colored polyester pantsuit that matched my yellow-tan skin, seemed to make me invisible as I pushed my cart across the sun-blasted courtyard, parked it at the end of a long corridor of closed doors, knocked and entered each dim room, blinking, blinded.

I was good; I was fast; I got paid by the room. I’d look down a line of doors and see dollar signs—the way, years later as a waitress, I’d mentally pre-count my tips by two-tops, four-tops, parties of eight. In/out. Dirty/clean. Strike/stage. Cleaning was therapeutic for me, reassuring in its routines. The room numbers I ticked off my list measured the distance between clocking in and clocking out, where I was and where I wanted to be, getting to work and going home to shed the ugly uniform that was only a temporary insult to my pride.

At first, my parents were against it. Farmers’ kids from Indiana, their careers selling houses (Mom) and machinery (Dad) had landed us safely in the upper-middle class. We lived within walking distance of the resort, in a pretty, mostly white, neighborhood of sprawling ranchers and water-wasting green lawns cut and irrigated by Chicanos who, like many of the hotel maids, drove trucks or took the bus from south Phoenix to north. It wasn’t actually that hard to talk my parents into letting me take the job. They respected people who did physical work—work they called real—praising them with the eagerness of those who get to choose. And Phoenix is, after all, a service economy, trading on warm weather and the desert’s beauty. That’s where the jobs were, so that’s where I worked. For college money—or so the story always goes.

One sweltering morning, I knocked as usual and pressed my ear to a door, listening for a sleepy protest or sex sounds or running water inside. When I didn’t hear anything, I pushed open the door, grateful for the blast of icy air conditioning.

Then “Hey, foxy,” said the man standing by the bed wearing only a towel. He didn’t flinch or apologize or lunge for a robe. He held his ground, like God’s gift to women my mom would have said, aware that he’d embarrassed me. Enjoying that power.

“I’ll come back later,” I stammered.

“When your shift’s over,” he said.

I backed up, let the door close behind me, and rolled my cart to the next room without looking back. Though we were supposed to leave our carts outside, I hauled mine in behind me like a fugitive, flipped the lock, and fell onto some stranger’s unmade bed.

I wasn’t scared, exactly, or even surprised. At 16, I’d been whistled at, felt up, flashed, sweet-talked, hustled by a “modeling agent,” and secretly kissed on the lips by my parents’ old friend. From these experiences, I had an impression of men as highly suggestible—like loyal, hungry dogs. And so, while my friends were just starting to feel the power of their prettiness, I was already weary of it and wary, too, feeling imperiled and responsible.

But that day, hiding out in an empty hotel room, I was mad enough to smash something—maybe the mirror or the TV—thinking about what the near-naked man had said to me while he’d held his wallet in his hand.

Eventually, I got up and cleaned the room like I was paid to do, and then moved on with my cart to the next mess. Because I knew who I was beneath the uniform: a girl with a future, making her way out of there, door by door. I didn’t see the man again.

Of course I didn’t tell my parents. Instead, I laughed about it with my friends. For years, I told the funny, feminist-y story about being taken for a hooker in that hideous maid’s uniform, my whiteness and social class the unspoken (internalized) punch line.

It wasn’t until I grew up and had daughters of my own that I realized my own blind spot and understood the luxury of my fury. My parents had only wanted to protect me from learning how the economy really works. But I’d seen how chicken wire covered in stucco could be made into a Spanish Colonial Revival resort; I know how much labor goes into maintaining that artifice of privilege. 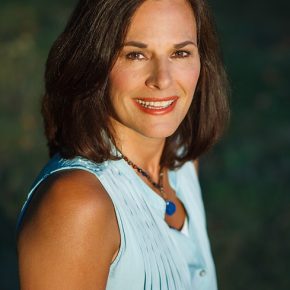 Elizabeth Mosier is the author The Playgroup and My Life as a Girl. Her essays are forthcoming in 1966: A Journal of Creative Nonfiction, The Journal of Compressed Creative Arts, and in two anthologies: Fifty Over 50, and Chasing the Muse, Carrying the Bones: Spiritual Pilgrims Stumbling Upon Grace. Her column on midlife, “The U-Curve,” appears regularly in the Bryn Mawr Alumnae Magazine. Follow her at http://www.ElizabethMosier.com and on Twitter @emosier.

**The HerStories Voices column will be taking a break until after the holidays. Any essays accepted at this time will run in winter/spring 2016. We are still accepting submissions, but please note there will be a longer than usual delay with running time, due to our holiday break and the fact that we are scheduling so far out. For more information on submission requirements, check out our Voices page. Submissions can be emailed to Allie, our assistant editor, at herstoriesvoices @ gmail.com 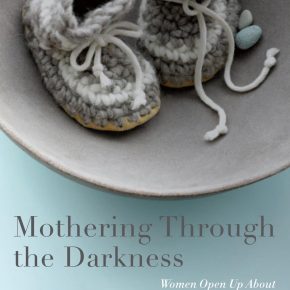 **Mothering Through the Darkness released last Tuesday! You can order a copy of this anthology, written by 35 talented writers, in paperback or e-book here.