We have a beautiful and heartbreaking guest post today from Kerry of Winding Road. Kerry shares her story of friendship and the power of forgiveness.

The first friend I met in college has taught me the true meaning of forgiveness. She taught me this from a time and space far away though she lives in my heart and mind. She died eight years ago this coming May.

Forgiveness is one of the most liberating acts of love. I learn this regularly from small indiscretions made upon me or someone I love. However, it is the deep-rooted anger that can weigh us down in ways that we don’t always realize. Letting go of that anger and learning to forgive frees the soul to love in a greater capacity including a more encompassing love for ourselves.

I walked into yoga class and a woman walked in behind me. I know of her but am not friends with her. In fact, she conjures up strong feelings of anger, remorse, regret and sadness yet I don’t think we have ever held a conversation.

During my first week in college, I met a girl who lived across the hallway from me in my dormitory. She had an infectious laugh and smile that immediately drew me to her. We met and chatted while standing outside on the stairway of our dorm smoking cigarettes. We instantly became friends sharing similar music tastes and ideas about the world that we knew as of eighteen years old. Shortly after our freshman year began, we formed a small but tight group of friends and we all spent most of our waking moments together. She and I took psychology and philosophy classes together, ate lunch together, smoked cigarettes and studied together. She quickly became my best friend. She had the most beautiful singing voice that could bring tears to your eyes and a laugh that would make you smile from ear to ear not even knowing the joke.

The summer of our junior year of college, we rented an apartment together. We were different in many ways…she was extremely social and an exceedingly successful procrastinator while I was more reserved and one to study far in advance and then party later. Either way, we complimented each other nicely living together and our friendship remained strong. We had our ups and downs over the years but remained close. After college, I moved to South Carolina just “to get away” after a college boyfriend breakup. I then met my husband, moved to Washington, D.C., then to Atlanta, Chicago and finally back to Florida. She and I remained friends through phone calls, emails and visits when I came home for holidays because she had remained in our college town. It was shortly after college that the Patchouli wore off for me but intensified for her. I loved who she was even though we were growing apart and no matter what, each time we spoke we picked up where we left off.

One week before moving from Chicago back home to Florida where my husband and I would be living a five-minute drive from my friend, I received a phone call from another friend, J. She said, “Kerry, has anyone told you? K is dead.” My mind reeled; I heard the words yet they sounded foreign, I couldn’t comprehend what she was saying. In fact, I think I laughed because I thought she must be joking, it simply wasn’t possible. After silence for what felt an eternity, I said, “No, what are you talking about, I just spoke to her, I am about to move back near her again, you must be mistaken” She slowly told me the story of how K had driven a couple of hours away to take her dog to get surgery and on the way was going to a concert before picking the dog back up and driving home. While tailgating before the concert, she and another friend were partying when K said, “my head feels scrambly” then she fell and was gone…. in an instant.

The next day I continued trying to process the information I had heard. I cried non-stop and lived in a haze. I felt her presence with me during this time as if she were comforting me. I believe the spirits of loved ones visit us and I know she visited me. I walked my dogs around the block in a delirium. It was May and spring leaves were in bloom. There was a cool breeze that rushed past me and I looked up to see some of the new blossoms fall gently in slow motion. I felt her presence then and on the walk home. I remember smiling walking back because I felt her arm around me, letting me know everything would be okay.

Three days before my scheduled move, I flew to her home town for the funeral. I met a dear friend at the airport and we drove to the viewing before the funeral the following day. I felt nothing from that point until two weeks later. I did not cry at the funeral, I felt completely emotionally constipated. I felt anger at her hippie friends that I did not know at all. They were “new” friends, not part of our solid group from college. I resented them. I overheard one or two say shameful words about her family who I doubt they ever spent time with. One started an argument over K’s items left behind; it was a ridiculous battle during a penetratingly painful time. Her family had been hospitable and loving to me during our college years when we would visit them. They became family to me over the years and I felt connected to them. I felt a small bit of the oceans of pain they held for their daughter and sister. Weeks later back home, a memorial was held for K. It was at this time that I allowed the grief to flow again from my heart and tears to spill since the first moments I heard the news.

About six months later, I became pregnant with my daughter. We had tried to get pregnant for a couple of months and while it was exciting and joyful, I fell into a depression during the first trimester. I cried a lot and slept. I decided to see a therapist because I knew there was more to my depression than pregnancy hormones. The theme of my time in therapy was how to properly handle my grief and anger; anger at the girl who had been with K when she died, anger that she allowed such a tragedy to occur, anger at her for not protecting K, and anger for disparaging K’s family during a traumatic time. My anger burned at this girl that I did not know. But it also burned at K for dying. 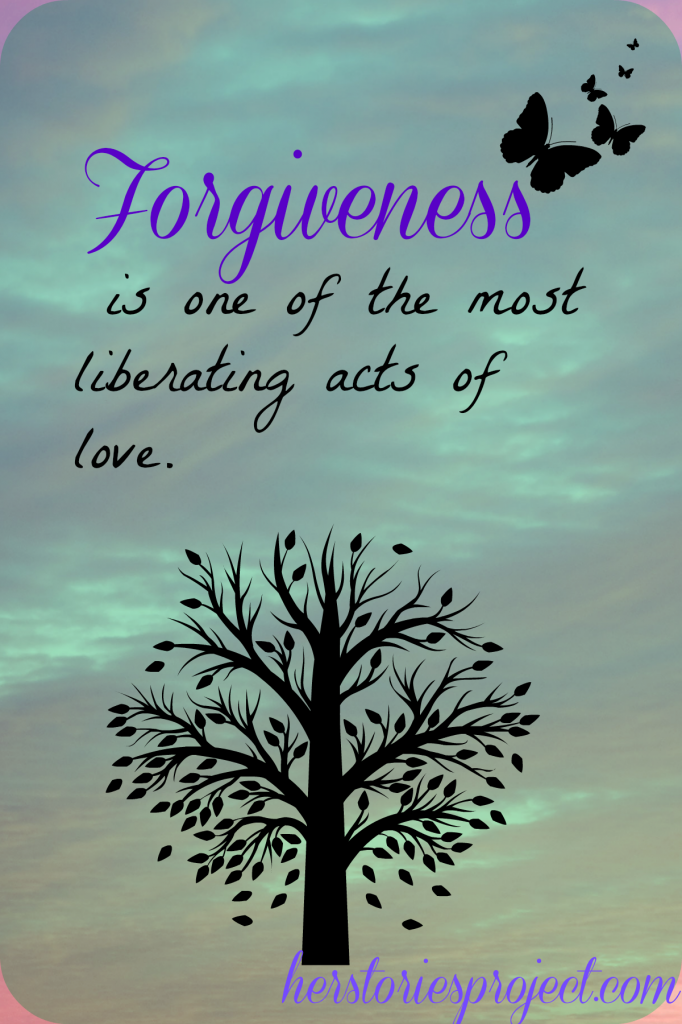 Years have passed and I no longer am angry at K. As selfish as I was for that feeling, I learned to accept that tragedy happens. I miss her daily. I regret that I hadn’t moved back one week earlier so that I could have seen her living one last time. I wish she had met my children. Yet, through these years, I had not let go of the anger I felt for the girl who was with her, until last week.

I was angry when I saw her and the emotions of seven years ago came rushing back. I decided at the beginning of class to declare forgiveness as my intention. Declaring an intention at the beginning of class is new to me but a powerful tool to make the most of the experience. During class, I took deep healing breaths and at first ignored her being there with me until I began taking deeper breaths and embraced that we were sharing a space. I lifted and opened my heart. I closed my eyes visualizing forgiveness. I acknowledged that it was not her fault that K was dead, that she made mistakes, had said hurtful words, and had also suffered. Standing on a block in tree pose, I slowly raised my arms, opening my branches and with eyes closed visualized my heart literally opening and anger pouring out as if it were a pressure cooker that had burst. Tears filled my eyes and a vast amount of love filled its space. 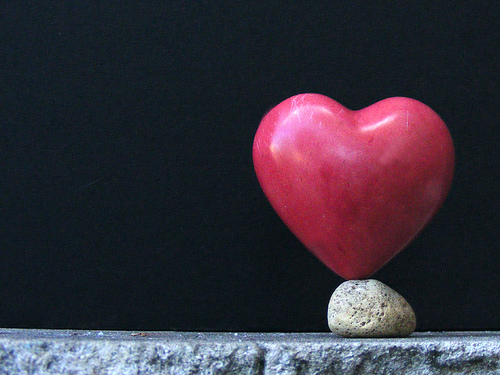 I miss my friend and always will. I see her often in people’s facial expressions, smells, songs, voices and laughter. I see her in my friends now; in the beautiful friendships I have. She lives in the days of my youth; a time of freedom and exploration. She resides in my memory, my dreams and in my heart and she reminds me to forgive, to be open, and to be free. True friendships really do last forever.