I’m happy to introduce a guest post by one of my oldest and dearest college friends, Elura, who was also a contributor for The HerStories Project book published in December. From the day that I met her freshman year I’ve continued to be impressed by Elura’s “take charge” attitude, loyalty, and sense of humor. She is one funny woman. She’s a true friend — someone that you know will always have your back. And, of course, she’s my only friend that has her own reality show on OWN, Oprah’s network, and the only one that I’m likely to see arguing with other guests on cable television when I’m at the gym. Here’s Elura’s take on a subject dear to both Stephanie’s and my hearts: friends as business partners. -Jessica

People love to give unsolicited advice, particularly when the subject of that advice is something about which they know almost nothing. I’ve had literally hundreds of people tell me that they’d “never go into business with a friend” — when the truth is that most of those folks would never go into business, period. But there seems to be an almost unspoken wisdom about the idea that one should never mix girlfriendship with one’s career. I’m here to tell you that that “wisdom” is not only a load of crap, but is also evidence of the remaining gender gap in the workplace.

First, I’d like to explore the utter lack of truth of the assumption that friendship is some kind of handicap for entrepreneurship. Starting a business — whether that business is a law firm, a medical practice, a bookstore, a cupcake truck or a lemonade stand — is an exciting, frightening, risky, and potentially rewarding undertaking. It will be draining, emotional, and confusing at times. Hopefully, it will also be a rewarding source of emotional and financial pride. So why on earth would we avoid sharing those things with someone who has already been vetted for compatibility and loyalty? Yes, I’ve heard the logic that when the business fails, it’ll affect the friendship. Or that when the friendship fails, it’ll affect the business.

But are we really going through life with this kind of uberdefeatist attitude? What about The Secret and the law of attraction and all that Oprahworthy mindset stuff? Let me tell it to you straight: if you are starting a business already planning for its failure, then your business is going to fail, and it’s not because you picked the wrong partner. The same goes for a friendship. I certainly don’t suggest that you pick a friend at random with whom to begin a venture. But if you have a friend with whom you work well, share values, and enjoy creating plans, don’t reject the one person who might make a fabulous co-CEO, just because you heard an idiom that seemed to prohibit working with a friend.

And while we’re on the subject, let’s take a minute to recognize that no one would ever tell a man not to go into business with a “contact” he has because the two of them like to go fishing together. When talking about business, men tend to call their friends “associates” or “contacts” — but let’s not allow their imprecise use of language obscure the truth. When men spend enjoyable time together talking, drinking, hunting, golfing, etc. — they are “friends.” When those same men collaborate in a business venture, they have, in fact, “gone into business with a friend.”

So I invite all of you to join me in taking pride in trusting my own friendships enough to share a bank account with the same person with whom I can share shoes. After all, isn’t the ultimate success that which you share with someone you love? 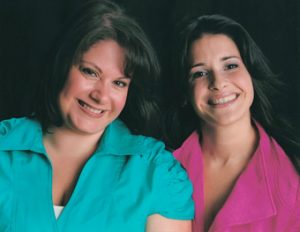 Elura Nanos, Esq, has owned a business with her best friend, Michele Sileo, Esq., for over a decade.  Together, the two have founded an award-winning business, co-authored three books, and landed their own reality series Staten Island Law.  Elura and Michele regularly give keynote speeches and do television appearances together.
Follow them both on Twitter: @elurananos @michelesileo1