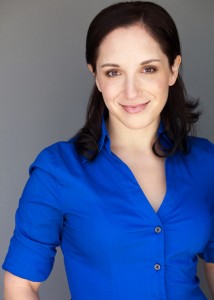 Suzanne Barston is the former Editor-in-Chief of Los Angeles Family Magazine, and a freelance writer specializing in parenting, women’s interest, and science/health topics. She is the author of Bottled Up: How the Way We Feed Babies Has Come to Define Motherhood, and Why It Shouldn’t (UC Press, 2012) and blogs as her alter ego, the “Fearless Formula Feeder”.
Suzanne Barston was raised just outside of Boston and earned her Bachelor of Science degree from Northwestern University in 2000. After living and working in Chicago and London, she now resides in suburban Los Angeles with her husband, the photographer Steven Barston, and their two obnoxiously cute children. She and her husband were featured on two award-winning online reality series for Pampers.com, A Parent is Born and Welcome to Parenthood, about their pregnancy and first years as parents.
Suzanne’s writing and her work with Fearless Formula Feeder and Bottled Up have been featured in the New York Times, the Huffington Post, SheKnows.com, Babble.com, Pregnancy & Newborn Magazine, Parenting, Babytalk, OhBaby!, Fit Pregnancy, The Observer, Yahoo Shine!, Australia’s Good Weekend magazine, The Telegraph, and on a variety of television and radio programs including The Today Show, The KTLA Morning Show, WGN Midday News, The Morning Blend, KPCC’s “Take Two”, numerous NPR affiliates, “Parenting Unplugged”, “Positive Parenting”, “Mom Enough”, “For Crying Out Loud”, “Voice of Russia”, and more. Suzanne Barston was honored to be one of the keynote Voices of the Year in 2012 for the annual BlogHer conference and a featured author at the Los Angeles Times Book Festival. She’s currently working on her first novel.