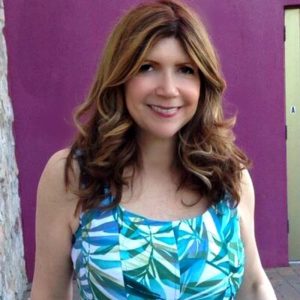 Estelle Erasmus is an award-winning journalist and former magazine editor who lives with her husband and five-year-old daughter in New Jersey. She co-authored the book Beautiful Skin: Every Woman’s Guide to Looking her Best at Any Age (Adams Media), and has contributed to three other popular anthologies, including The ASJA Guide to Freelance Writing (St. Martin’s Press) and What Do Mothers Need? Motherhood Activists and Scholars Speak Out on Maternal Empowerment for the 21st Century (Demeter Press).

Estelle writes about her transformative journey through midlife motherhood with a young daughter on her blog Musings on Motherhood & Midlife and at the Huffington Post.

She is a 2014 and 2012 BlogHer Voices of the Year, a 2014 Disney Social Media Mom, A 2014 National Geographic Kids Insider, a member of the inaugural New York City 2012 production of Listen to Your Mother and past President of the Board of Directors for Mothers & More. She writes for the Huffington Post, is a columnist for examiner.com, has been syndicated on BlogHer.com and has been published in workingmother.com, The New York Daily News,  projecteve.com,  kveller.com and Erma Bombeck Writers’ Workshop. She is a top 10 Circle of Moms Winner for Best Family Blog by a Mom.

Her story for My Other Ex, “A Friendship in Time” depicts the wisdom gained during a 14 year break with a good friend, and the rewards garnered once they are reunited.