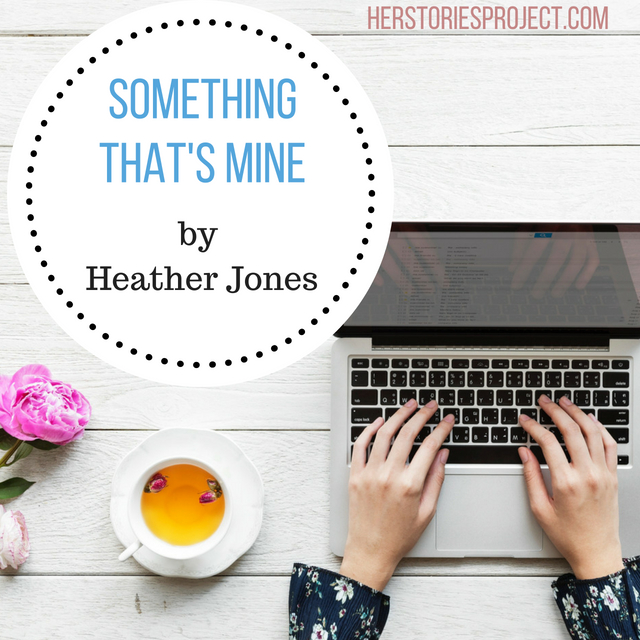 “Why do you need a laptop?” asked my husband.

“Because I write a lot,” I answered. It was true. I do write a lot, and the days of quills and carrier pigeons are over. I do need a device with which to write and email.

“Yes, but what’s wrong with the tablet and keyboard you’ve been writing with for years?” he pushed.

It was a valid question. I’ve been using a tablet and wireless keyboard since I began writing professionally. But I told him I wanted the keyboard attached to the monitor. My ever-helpful husband pointed out the many contraptions offered by Best Buy to fulfil this wish. There were full-sized keyboards so I didn’t have to fiddle with the tiny portable one. There were docking-station-things to allow the tablet to sit right inside the keyboard. Voila, problem solved.

And it’s true, that would solve the problem of the detached tablet. And that combo wouldn’t be much smaller than the Chromebook I had my eye on, which also ran all the same aps as the tablet. And those contraptions were about $30, versus the several hundred I would need for my laptop.

But the problem was, that wasn’t actually the problem. I didn’t want a laptop because it was better, or because I disliked what I had been using.

I wanted a laptop because it would be mine. And only mine.

When I turned on the tablet, it opened to the family account and I would have to switch to my side. When I wasn’t writing, the kids nabbed it for playing games. It worked perfectly, but it wasn’t mine.

Spending several hundred dollars on something simply so I didn’t have to share it seemed foolish to my husband, and honestly, if he had said the same to me, I would have told him there were better ways to spend the money too. So I didn’t push it. Christmas passed, so did Valentine’s Day, and unable to justify such a big purchase for myself without occasion, I figured the laptop was a pipe dream.

Then I opened my birthday present. There it was. A little white Chromebook: simple, basic, nothing inherently special. But it was mine, and no one else’s. I couldn’t contain my excitement. I treated this laptop like a new baby, sending proud pictures to friends, and browsing for items with which to spoil it. I immediately ordered a personalized skin to put on it, further establishing it as my own personal possession that no one else is allowed to touch. I dug out our old laptop bag and ordered some enamel pins to reflect my personality. There is no question of who it belongs to, and I get a small thrill whenever I take it out.

If you think this is weird for an almost 40-year-old, you’re probably right. I fully acknowledge that I am acting like a 16-year-old who just got her first car.

The thing is, it’s the first thing in a long time that I can truly call mine. The kids have their prized possessions, my husband has his, but nearly all of my stuff is communal. I can’t even buy a box of cereal without it being raided.

If I find some extra change in my wallet, I inevitably use it on something for my children. It brings me joy to get them something every now and then, and their stuff is way cooler than anything I want. I’m not fancy. I don’t wear make-up, or use a purse, or enjoy manicures. I’m pretty low-key, so it’s easy to get excited over something for them. And it’s hard to justify impulse purchases for myself.

But one day, I looked around and realized that in a house full of stuff, nothing belonged to me.

And it gave me a bit of an existential crisis. Not having any belongings made me feel a little bit like I didn’t have an identity. Sharing all of my possessions became a metaphor for giving away all the parts of me, holding back nothing for myself.

My family may be the biggest part of me, but I can’t give them everything. I need some of me for – me. I needed something to call my own so that I could feel like it was okay to be selfish sometimes. I can say, “No, that’s mine” and mean it. I need some things that are off-limits, within and without myself. I needed something that belonged only to me so that I could remember that I am more than someone’s mom and someone’s wife.

It’s a lot of pressure to put on a laptop. It might even be a little unfair to ask a little computer to be the keeper and protector of my identity, but so far, it’s managing the task. And as metaphors go, it’s not surprising it was a laptop I chose to be my one true item. It’s what I write with. Writing: the other thing in my life that is mine alone. My words, my thoughts, my emotions, my talent. The way I share myself with others. It’s the tether between me and the world outside. Of course I was drawn to the laptop.

I’m sure as I wade further into middle-age, I will push harder to stretch my identity. Maybe one day, I will even feel like a whole person. But for now, having this laptop, this one item that is just mine, will do. 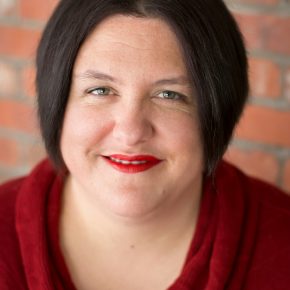 Heather M. Jones lives with her husband and two children in Toronto. When not writing, she can be found cuddling with her cats, binge-watching Netflix, and replaying every decision she has ever made in her life.