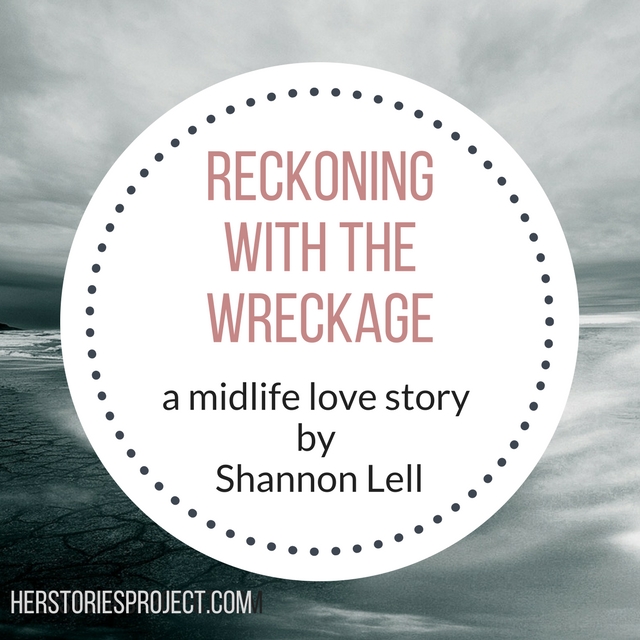 I’m writing this two weeks before my 40th birthday and in many ways, it feels like a rebirth; it’s definitely a love story. You see, my midlife crisis came early, a decade premature. Because of that, I spent the better part of my 30s in recovery, a kind of Life ICU.

But all the milestones before that were on time.

My husband and I got married when I was twenty-seven. We had our first child, a girl, when I was thirty-one. After three months of maternity leave, I went back to my demanding corporate career; the one I’d worked hard at for ten years and provided the bulk of our family income. But by thirty-two, I was fired. By thirty-three, the sexual harassment lawsuit I filed would be over and I had our second child, a boy. After that, I was wrecked. Litigation, a toddler and a newborn can do that to a person. After all that, I couldn’t go back to Corporate Me no matter how hard I tried. Because Corporate Me had been a lie. That meant I had to start over.

Two toddlers and one career down by thirty four, and I was back to night school, working a part-time job, and dreaming of a writing career. But that wasn’t even the real part of the midlife crisis. That came a year later, at thirty-five.

I was an angry, self-hating woman. Rage was how I learned to deal with fear, and I was always afraid.

I can’t remember a time I wasn’t afraid and I can’t remember a time when I wasn’t angry inside. I was afraid of all the typical things: failure, unworthiness, dying, getting fat. These fears often came out in self-flagellation; depriving myself of the most basic comforts like food and rest. Nothing was ever good enough. Nothing was ever enough, enough.

But all of that happened in private — as good girls are taught to do — because in public I lived the Happy Lie.

In private, I slammed doors, picked myself apart and had furious, imaginary tirades in my head. But in public, I dyed my hair, mowed my lawn, smiled a lot. In private, I seethed at my spouse, and everyone around me for not torturing themselves like me. In public, I only told people how grateful I was for all these blessings.

We were in Maui on vacation living the Happy Marriage Lie when my first essay was published in an anthology. Actually, it was HerStories Project: Women Explore the Joy, Pain, and Power of Female Friendship. It was also the week a short story I wrote in night school was published in an obscure online literary journal. I was elated to see my hard work pay off, my dream coming true.

I had been in sales. That’s how I met my husband, at work. Our lives revolved around a competitive industry and I suppose some of that competitiveness spilled into our marriage. We started out as opponents and I guess we never figured out how to be on the same team and when you’re sleeping with the enemy you’re always sleeping with one eye open. Even though we had plenty of it, money was always a subtext: who was making it, spending it, saving it, deserving of it. I had been the more successful one for most of our marriage and I was used to my joys being his pains, each achievement a personal affront.

I raged louder than I’d ever raged. He pushed harder than he’d ever pushed. And then I ran away.

There is no such thing as a good divorce, but on the sliding scale of bad ones I got supremely unlucky.  It was one of the 5% to go to trial. In the biz, they call these divorces “high conflict,” but what they really mean is, never ending conflict. Let’s be clear, it’s about money, and it’s also not about money. It’s about winners and losers, just like our marriage had been.

After it was all said and done I had become my attorney’s favorite client and $100,000 poorer.

If my first round of litigation wrecked me, this one obliterated anything left standing. After more than a year and a four-day trial, I was officially divorced three days before my 37th birthday. But it was still not over.

Everyone in my life up until that point was from the before and I didn’t live there anymore. I was living in the permanent after. I’d had a blunt force trauma to my whole life in a few short years and nothing about me was the same. It would take me years to process what had happened. I was angrier than ever, and with that anger, I pushed everyone away.

Life gets pretty real when you’re sitting alone amongst the wreckage of all your hopes and dreams with two babies in your arms.

At my lowest, I felt my life force leaving me. I was drained of everything. I didn’t know if I’d ever write again. I was uninspired, depressed, and I had no career to speak of. I had to find my way back but before I could do that, I had to get honest. I had to reckon with my wreckage. I had to let go of the fear and the anger and the self-hatred – it had been my armor – and I had to learn to be afraid and to feel again. I had to learn to be vulnerable. It was the only way I could let anyone back in.

There were long days and nights and years that I could swear to you I wasn’t going to see the next. I wanted to run away so bad. There was this one remote island I saw in Fiji once that I fantasized about pitching a tent on near daily. No one would find me there. Because honesty in the face of humiliation, vulnerability without my anger felt like having the skin of an infant who should still be in the womb. Who is equipped to go through that? I have never known the kind of pain that is possible from being exposed to the harshness of the world without a protective layer. Excavating pain without a painkiller is brutal.

In my darkest moments, when there was seemingly nothing left to lose because there was no one left to lose it to, when the pain stripped me of all defenses, when I was weaker than I’d ever known, more alone than I thought possibly, besides the yoga, and the biking and raising my kids, I did the one thing I knew I was meant to do… I wrote. I filled a dozen or more notebooks with words of my biggest fears and I shared them with people in workshops, online, in public and private. I got rejected a lot. It didn’t feel good, but I lived.

There isn’t a birthday, anniversary, holiday or Tuesday when I don’t feel the ache from my past. But I am no longer angry, not like I was. The Lies kept me angry at everything, now I’m just appropriately angry at some things.

Living one way and feeling another was what made me so afraid to live in my world as myself. Pain has a way of focusing the present moment, and Truth really does have magical freeing powers.

I try not to regret, I believe it is wasted energy, but one specific memory causes me the most particular ache when I think about all the mistakes I made in the last ten years. In that last year of our marriage, as I was angry and he was pushing, as we orbited away from our one, shared lie, my ex-husband told me a truth. We were having one of our epic fights, one that would last for hours and never get resolved, and he said to me something I’ll never forget. He said that the moment he loved me most was the moment our daughter was born. He said he saw something in my face as the doctor handed her to me that he’d never seen before. I know what he saw now. It was vulnerability. It was the moment I finally knew love. My husband was wrong about so many things but he was right about that.

The searing pain of childbirth is often juxtaposed with the equally searing love of a child. Love does not exist without hate, and weakness is the ultimate strength because two opposing ideas can be true at the same time. It took me 40 years to figure this out. And it is the truest love story I will tell for the rest of my life. 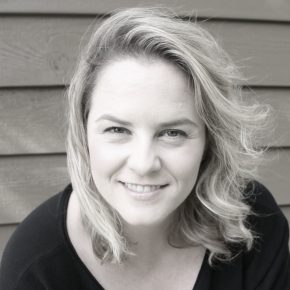 Shannon Lell is a writer, single mom, yogi and mountain bike enthusiast. She has written for The Washington Post, Longreads, The Rumpus, Scary Mommy, ESME and more. She is writing a memoir about her political, spiritual and sexual awakening in her 30’s titled, The Conservative Slut. You can find her at her website, on Twitter, and on Facebook.