This week’s essay was written by one of our So Glad They Told Me anthology contributors, Hannah Harlow. It’s about how one of her friendships was affected by a miscarriage. – Allie 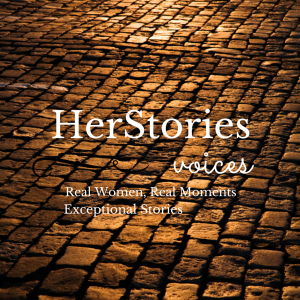 “Tell me about your miscarriage,” Pia said.

“What about it?” We walked the bricked Cambridge sidewalks pushing my sleeping baby in a stroller. She already knew how shattered I had been after I miscarried my first pregnancy at 14 weeks—what sort of details did she want?

Pia had always been my husband’s friend, really. They were best friends in college. Shortly after I met my husband, I needed a place to live and Pia had a room open for six months in her Brooklyn apartment. I was new to town, a little lonely, often lost, and Pia took me in. She took me to parties and watched Buffy the Vampire Slayer with me on the weekends as we ate cereal straight out of the box. Pia asked lots of questions, seemed genuinely interested in whatever I had to say. She introduced me to her parents. She made me laugh. Then the six months were up, I moved into a new place, and Pia gradually went back to being my husband’s friend. I didn’t know how to change that.

But occasionally it would just be us again and it could almost feel like old times. Pia and her husband had just started trying for a baby. Nothing had happened yet, but Pia was convinced something would.

“I want to be prepared,” she said.

So, I cautiously explained what had happened during the D&C. As Pia leaned in her curly dark head in that familiar way, I went on less reluctantly, because Pia could draw out the joy of sharing things you rarely talk about. She made you feel special for your experiences just by wanting to know about them. She’s one of the best listeners I’ve ever met. So I told her how the doctor inserted seaweed in my vagina, how bad the cramps were. I explained how my husband missed all of it, because he was stuck in Ethiopia on business with no flights home for days and how sick we felt over it. How the doctor had given me the drug Versed, how he said it would make me forget, but I remembered everything. I remembered gripping my mother’s hand while I stared at the whites of the ceiling, and I remembered the pain. What I didn’t tell Pia was how I held it all in until the doctor walked out of the room and then I burst into tears in my mother’s arms. She held me tight and whispered, “You’re so strong.” I thought, what other way is there to be? Because isn’t every woman who has ever gone through this strong?

“But now I have my son,” I told Pia. “So will you. Someday.” But I regretted it as soon as I said it. How could I know? What if it never happened for her?

Pia miscarried. Then she failed to get pregnant again, through three years of trying, through years and multiple rounds of IVF, and probably more that I don’t know about. Because we stopped seeing each other. We stopped talking.

During this same time I conceived and gave birth to our second beautiful, healthy son. We were grateful for everything we had, but that didn’t stop Pia from not wanting to come around anymore.

I even helped facilitate our distance—I didn’t call or text or reach out in any way. I felt guilty for our good luck and guilty for abandoning her, but I thought it was for the best. I missed her. But I understood how she felt. If I were her, I wouldn’t want to hang out with me either.

The day the doctor told me he couldn’t find a heartbeat, he handed me a prescription and I took it to CVS. The line at the pharmacy wound down the aisle of diapers and wipes and bottles and pacifiers. I thought, you can’t be serious. I stared at the baby things and tried not to weep. I wanted nothing to do with babies or their paraphernalia.

This was the cosmic response to lost pregnancies, it seemed. Suddenly there were babies everywhere: when I showed up to receive a haircut from a new and very pregnant stylist; when friends announced their pregnancies; every time I took a swig of wine and thought about what that meant, or didn’t mean.

As Pia struggled to conceive and I kept my distance, my husband continued to text and email and occasionally visit her. “I’m going to Pia’s, do you mind?” he’d say. “I think it’s hard for her to visit us.”

What he didn’t say to me was, “You’re not invited.”

I would say that I knew, that I understood, because I did. I knew Pia had shown strength in ways I couldn’t even imagine. I knew friendships don’t always travel in a straight line. But what I didn’t know or understand until then, as I cared for and loved our two utterly perfect children, was how much it can hurt to be so happy. 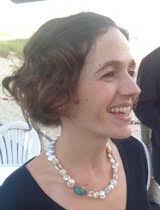 Hannah Harlow has an MFA in fiction from Bennington College. She recently had an essay appear in the HerStories Anthology, So Glad They Told Me: Women Get Real About Motherhood. Her writing has appeared in SmokeLong Quarterly, Day One, Synaesthesia Magazine, failbetter, and elsewhere. She promotes books for a living and lives outside of Boston with her husband and two sons. Find her online at http://www.hannahharlow.com or on Twitter: @hhharlow.