Alison Lee of Writing, Wishing is a blogging and writing dynamo. She’s a valuable member of our HerStories community, as a contributor to My Other Ex and as a coordinator of our blog tours for that book. Most recently, BonBon Break is lucky enough to claim Alison as an editor. Today Alison writes movingly about a powerful family influence: her grandmother. 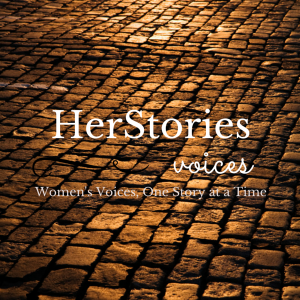 My grandmother said those words to me, my sister, my mother, my father — anyone who would listen, every single day for a period of time which seemed like forever, but it was probably for the few months she was laid up after a stroke. She would call us several times a day, say those four words, and we would mouth well-practiced lines, assuring her that she was very much loved, and no one wanted her to die, least of all herself.

She assured me that yes, yes she did. What good was life, confined to a wheelchair, unable to go to the bathroom on her own, the last shreds of dignity gone? The cycle of life is cruel. To be old and frail, is cruel.

She did not die then. She recovered from the stroke, only to break her hip not long after. The death she spoke of so often, in those days of my teenage years, would creep in on us slowly and painfully.

“I think you should hurry up. You and your sister.”

She always walked quickly, as if her destination and purpose pulled her against her will.  My younger sister and I spent weekends at Grandma’s, where at the crack of dawn, we would wake excitedly because it was market day on Saturday. I loved everything about that huge maze of a place, with perpetually wet floors. The smell that came before the sea of colors. All my senses would be ablaze as I soaked in the freshness of vegetables just pulled from the ground, the sweet stickiness of Malaysian cakes, made with rich coconut milk and rice flour.

I remember the metallic smell of blood from the poultry section, where we watched with horrified interest, chickens as they were slaughtered.

Grandma would begin her route, never to deviate, mind you, through the market. The vegetable section was our first stop. Cabbage, spinach, green beans, spring onions, carrots, sweet potatoes, yam, and lotus root (delicious in soups). Of the dozens of vendors, Grandma had her favorites. The bargaining was fascinating, the conclusion always the same. Grandma only paid the prices she wanted to.

Moving onto the fruit section, Grandma picked the loveliest oranges, always handing my sister and me one each, for us to savor later. Or it could be a distraction from her next stop — for chicken.

We would peer down from half a floor up to the slaughter section. There was no ceremony in the death of these creatures. They were simply pulled out, held up, and their throats expertly sliced. Sickened as I felt in my stomach, I never turned away a good chicken dish at dinner.

I became a vegetarian when I was 21.

“Why do you do that, Grandma?”, as I watched her clean the urn full of what looked like ash mixed with dirt, with stubs of incense sticks embedded deeply.

“To keep things clean and neat. It’s a sign of respect to your ancestors, those who came before you.”

My grandmother’s ancestral altar was never a thing of fascination for me. For as long as I could remember, it was always there, prominently placed in a space at the back of the open living area, facing the entrance. At least six feet high and red, it was not just a piece of furniture; it was a physical reflection of my grandmother’s culture (Chinese) and religion (Taoism). It was a thing not to be touched (unless you were cleaning it), but a place to show your respect to the dead, with offerings of fruit and hot Chinese tea.

I always wondered how the dead could drink tea.

“You better make plans to come home. It won’t be long now.”

I was not surprised to receive my father’s call. His mother had been dying for a long time. She seemed ready to meet her husband, long dead at the young age of 45. How do you live without the love of your life for 40 years?

I was 27 and living in the big city, two hours from home. I had to stay late at the office that day, frantically finishing up work so I could drive home the next day to see my grandmother. My dying grandmother.

She died that evening, after her youngest son made it to her bedside.

I did not get to say goodbye in person.

During the traditional Chinese three day wake, I did not shed a tear. Her dying was expected. She had been bedridden for years, her once robust body, shriveled to a mere 80 pounds. She had gone blind a few years ago, and her mind slowly went with her. She remembered her youth vividly, but could not recall the names of her 30 grandchildren. When I would visit, sitting by her beside and holding her hand, so papery thin, she would run through the names of all her granddaughters, while I silently wept.

I wish I had visited her more often.

The dam broke when they nailed her coffin shut, just before the procession to her final resting place. They may as well have driven that nail into my heart. My beloved grandmother was really gone.

The days of going to the market with her had become just childhood memories. Those angst-filled phone calls of doom (“I want to die”) were reduced to anecdotes, oft repeated for a laugh. However, in that moment when the last nail went into her coffin, they were not just memories and anecdotes. They were tangible reminders that this woman loved me. She was the cornerstone in my young life, a life in which I felt invisible around my own mother.

One of the only photographs I have of my grandmother, pictured here with my sister, me, and my cousin (I am perched above her left shoulder).

Rarely a day goes by that I don’t think about Grandma. I miss her of course, but mostly, I regret that I didn’t know her better. I took her love greedily, and in my own childlike way, I loved her back. I never asked why she married my grandfather, a man I never knew, his youthful face enshrined in a large frame at her house. It was a marriage born of matchmaking, my aunt told me. Grandmother was only 18 when she became a bride.

I never asked her about the two daughters she lost, I only knew that she had lost them.

I never asked her how she coped with losing her husband when she was only in her 40’s, alone with eight children, the youngest only a few years old. Her oldest son was halfway across the world, pursuing his university education. She did not tell him immediately after his father died, worried she would distract him from his studies. He made the US his home country, years later. Did he regret missing his father’s funeral? Was he ever angry at Grandma for making that decision for him?

I never asked her what it was like, living in occupied Malaya*, back in the 1940’s. My father told us that sometimes, all they ate was rice soaked in dribbles of soy sauce, for flavor. How did she make money? Who supported them? How did the children get to school and back?

I only knew her as my grandmother, a gentle quiet woman, who only raised her voice when she really meant business. A woman who bargained with vegetable vendors like it was her job, enjoying every minute. I knew her quirks (ironing her underwear) as well as any child who spent the majority of her childhood at her home, would. I knew her entire repertoire of Chinese dishes, and they were all delicious. I never met anyone else who could reproduce the dishes of my childhood, although my mother gave it a good go. I knew that as much as she enjoyed the huge celebratory party her children threw for her 70th birthday, she was slightly uncomfortable with all the attention. I can see that in the family photo we took, probably the only time all of us were in one place at the same time. I knew that she hated relying on other people, when her health problems took away first, her physical abilities, then her mental acuity.

I did not know how much her death would blow such a big hole in my life. For 100 days after her death, I wore black. It was not a conscious decision — I was in my 20’s and black was my go-to-color. After realizing I had worn the same color for two weeks, it seemed like the most natural thing to do to honor her memory.

I have a lot of bright, happy yellow in my life now, because at 38, I am honoring her life. I enjoy a good back and forth on prices with market vendors. I give a nod of respect to any bright red ancestral altars I see in public places. I scour her old photo albums, looking for more hints into a life I am itching to learn more about. I ask my aunt and parents endless questions, probing their memories about the woman I only know as Mah Mah (Cantonese for paternal grandmother).

I do not, however, iron my underwear.

I honor her life with the stories I will tell my four children about the great grandmother they will never meet, but who lives on in me.

I am no longer a vegetarian. Mah Mah would approve.

*Before Malaysia gained independence from the British in 1957, it was known as Malaya. 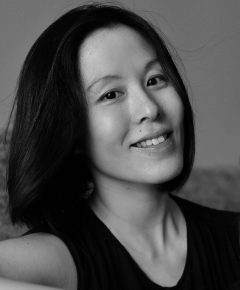 Alison Lee is a former PR and marketing professional turned work-at-home mother. After a 10-year career in various PR agencies, and of the world’s biggest sports brands, Alison traded in product launches and world travel, for sippy cups, diapers, and breastfeeding. Alison shares stories of motherhood on her blog, Writing, Wishing. She is one of 35 essayists in the anthology, My Other Ex: Women’s True Stories of Leaving and Losing Friends. In 2012, she founded Little Love Media, a social media consultancy. Alison lives in Kuala Lumpur, Malaysia with her husband and four children (two boys and boy/ girl twins).