“Mommy, Olivia and Claire are sitting right over there!” my seven-year-old daughter announced excitedly, tugging my arm. “Let’s go talk to them!”

I shot a pained glance at my girlfriend, seated across the table from me, and sighed. “Honey, Mommy is not going to go say hi to Olivia today.” My daughter looked confused. When we had made plans to meet friends for pizza that evening, it hadn’t occurred to me to be prepared for this conversation. Why would I expect them to be here? Perhaps I’d hoped I could entirely avoid ever bringing this up with my oldest daughter.

Taking a deep breath, I explained, “Mommy and Olivia had a fight. We aren’t friends anymore, and I’m not going to go talk to her. But you are welcome to go say hello—I know Claire would love to see you.”

“But why aren’t you friends anymore? Why did you have a fight?” my daughter persisted.

“Honey, that’s a grown-up problem and I’m not going to explain it to you right now. But I do want you to know that just because Olivia and I aren’t friends, it doesn’t mean that you can’t be friends with her, and with Claire.”

“Can Sophie and Claire still be friends?” she inquired, referring to her toddler sister.

“Of course,” I lied, having a slightly deeper understanding of the parentally-directed social practices of the under-two-year-old crowd.

She trotted away happily to greet them, and I exchanged glances and sighs of relief with my girlfriend, the third side of the friendship triangle gone wrong. Olivia and I hadn’t drifted apart. To say that we had fought was not an exaggeration—it was an ugly, uncomfortable blowout that had bled into other relationships and had even affected my job. It was awful, and I was never, ever going to be friends with her again. So how did I expect my second grade daughter to grasp such intricacies? Especially when I repeatedly coached her to mend fences when she and her own friends had argued?

My daughter was no stranger to friendship drama; sadly, even in kindergarten she had struggled with unkind friends, gossip, rumors, and the ever-awkward dynamic of three little girls attempting to play together. I knew she had years ahead of her filled with hurt feelings, exclusion, arguments, lies, and eventual breakups. But what I wasn’t sure of was how to begin teaching her about the realities of those inevitable hurdles and subsequent friendship loss. As I reflected on the many conversations we’d had about friendship, I realized we had already covered a lot of ground about how to navigate social challenges. 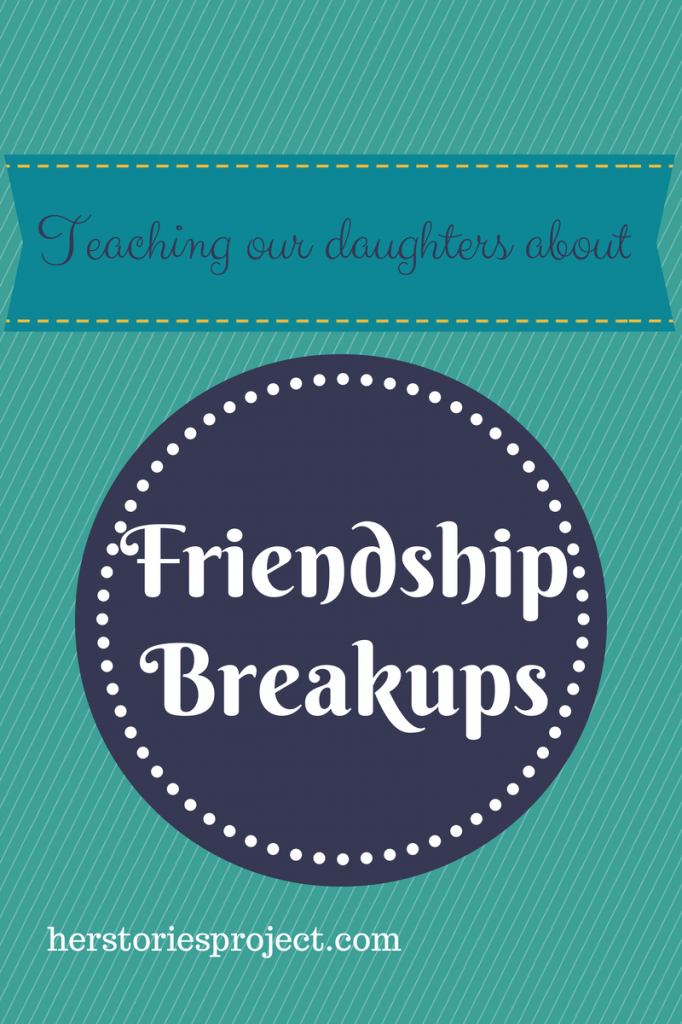 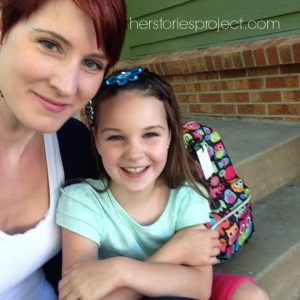 There are myriad resources available to couples who are looking for help to save a broken relationship, but there seems to be a distinct lack of support for women (or men) who want to fix a troubled friendship. While most people (theoretically) practice monogamy in their romantic relationships, the same concept does not apply to friendships, which perhaps sends a message that friends are expendable and easily replaced. However, much like romantic relationships, finding a new partner doesn’t always mean that unhealthy patterns have been broken, and the same problems often play out again and again. Teaching our daughters about friendship is both complex and essential. As mothers, we can give our daughters the emotional and communicative tools to repair damaged friendships, identify when they need to assert themselves, and help them cope with the pain of loss.