Men and women often have disparate approaches in many areas of life, so it is unsurprising that they approach friendships and the conflicts that come with them differently, too.

My husband and I are perfect examples of some of the ways the genders diverge when it comes to friends. He says that I need to see my girlfriends in a way that he does not need to see his buddies, and he’s right.

In addition, I come home from an outing with friends with information about their marriages, issues with co-workers, and the scoop on recent life changes. I get the scoop. When it comes to his friends, he gets pretty much nothing.

When I ask him for the latest gossip from his friends, he looks at me blankly. Turns out, he’s not unique.

“I’ve played poker with the same guys every Thursday night for 18 years. We rarely talk about our lives. We talk about cards, betting, bluffing,” wrote the late Jeffrey Zaslow, author of The Girls from Ames, a book about female friendship, in the Wall Street Journal.  He asked his poker buddies if they knew his children’s names. They did not.

The varied approaches my husband and I have to friends recently became very apparent when I received an invitation from a new friend. I angsted aloud about the etiquette surrounding the event, whether my friend felt obligated to include me, and the importance of giving her an out if that was the case, but also needing to do so in a way that made it clear I truly appreciated being included. I made a big, hairy deal out of something simple.

My husband let me go on for a while and then quietly said, almost to himself, “I don’t get how hanging out with your friend is hard. Guys don’t do this.”

While my own issues contributed to the drama, it illustrates how men and women experience friendship from differing perspectives and with separate goals. It also shows that sometimes women generate internal conflict that men do not.

The fact that I mentioned none of my concerns to my friend also illustrates my tendency to keep concerns to myself. In talking about friendship break-ups with other friends, the inability or failure to speak up and air worries, and particularly grievances, is a common thread.

Admittedly, in that instance I was making friendship hard work when it didn’t need to be. (Side note: I shelved the drama, accepted the invitation, and had a lovely time.) And there are times when I would argue that my husband isn’t working hard enough on his friendships.

I certainly wouldn’t be the first female to think that men aren’t as good at friendship as women.

That interpersonal competition may be more prominent in male friendships because men favor side-by-side friendships that allow them to participate in activities together, often athletic activities that are literally competitions. Women, on the other hand, often prefer friendships that are face-to-face so that they can share, exchange and bond with each other, while, according to Dr. Irene Levine, a psychologist, friendship expert and author of the book Best Friends Forever: Surviving a Breakup with Your Best Friend.

It is also possible that men are more tolerant of their friends, leading to less overall conflict. One study of female college students requested a change in roommates far more often than males, which researchers attributed to men being more accepting of their friends’ failings. That, in turn, leads to less conflict.  They also noted that one possible explanation “could be that women value the friendships more, and so are harsher judges when they perceive a betrayal.”

There are, however, similarities between male and female friendships.  Men and women both invest in their friends and value time spent with them, as Wood noted in her book, although they spend that time in very different ways.

Experts agree that both genders derive support from their friends.  Studies have shown that friendship is beneficial to the health of both genders, including this one out of Brigham Young University in 2010 that found that the quality and quantity of individuals’ social relationships has been linked not only to mental health but also to both morbidity and mortality.

Neither gender has a lock on conflict-free friendship. Issues invariably do arise in male and female friendships. Along those lines, the end of friendships is not specific to women.

Both genders feel pain at the loss of a friendship. Daniel Duane detailed the pain and frustration he felt when his best friend drifted away after moving to another state in his piece “Do Men Suck at Friendship?” in Men’s Journal.  He even told his friend, “I’m hurt!” While I may not have approached the conflict in the same way, I absolutely related to his experience and found his account was moving.

Thinking of Duane’s story of his friendship breakup, and how men and women differ in their approaches to friendship and conflict with friends, makes me wonder what a male version of My Other Ex would be like. 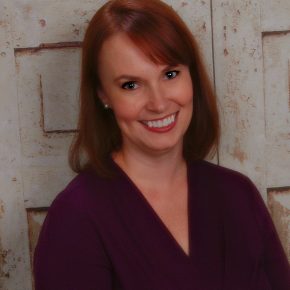 Shannan Ball Younger is a freelance writer and blogger living outside Chicago with her husband and daughter. She’s originally from Ohio and received her undergraduate and law degrees from the University of Notre Dame. She blogs at Mom Factually and at Chicago Parent. You can also find her writing in the book The Her Stories Project: Women Explore the Joy, Pain and Power of Female Friendship and several regional publications.

She has written about the adventures of raising an adolescent at Tween Us on ChicagoNow for more than two years, so it’s probably not a coincidence, then, that her essay in this collection is about a friend with whom she was close in middle school.